Ryan Newman will be making his return to the Daytona International Speedway, which was the site of his horrific crash in February.

Newman said that he is looking forward to making a return to action in a few weeks. He will race in a NASCAR Cup Series race.

“I guess after February, I’m pretty much emotional every day. I’m just thankful for the opportunity to continue on,” Newman said.

“Just to get to hit the reset button in a roundabout way, not with my life. But the reality is to just continue to play on. I will be sort of emotional to go back to Daytona,” the 42-year-old added.

“But I don’t see it as a whole lot different than getting in the car at Talladega or even going back to Darlington for that matter when I did my first test,” Newman further said.

Ryan Newman will return in a few weeks to Daytona, the site of his horrible crash in February. He characterizes what he expects as far as the emotions of a return: pic.twitter.com/LAVUxwnDuo

Back in February during the Daytona 500 race, Ryan Newman experienced the crash during the last lap of the race.
Newman, driving his No. 6 Ford, had a collision with Ryan Blaney that sent Newman crashing into the wall, followed by another collision with an approaching car.

Newman’s car, resting on its roof, was on fire. He was soon taken to the hospital where he was under observation. He missed the next few races before the Series itself went into a 7-week-long break due to the Coronavirus. 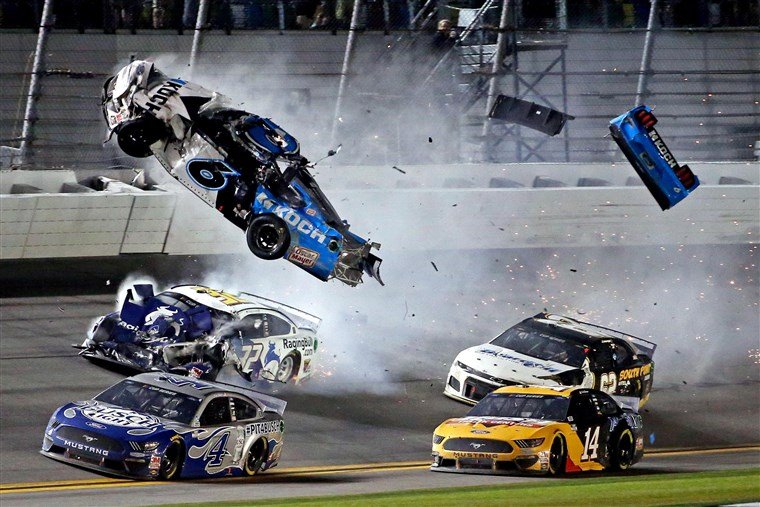 Speaking more about his health, Newman said, “I feel fine, been good. Even after hitting the wall as hard as we did, which is not nearly as hard as everybody else did at Indy. Been fine, no issues.

“I’ve been trying to find speed and balance (in the car). So that has been the focus. Health-wise, I feel 100%,” Newman said in a bid to reassure his fans.

“I’m Not Sure What to Expect”: Brad Keselowski Talks About The New Race Package For Talladega

NASCAR Announces a Huge Change to Bring Fans Closer to Kyle Busch, Jimmie Johnson, and Others