The NASCAR Cup Series doubleheader weekend at Dover International Speedway set things up very nicely for the final race before the playoffs. Denny Hamlin and Kevin Harvick shared the spoils in two exciting races. Meanwhile, the battle for the final playoff spot comes down to the final day. A three-way clash is brewing between Jimmie Johnson, William Byron, and Matt DiBenedetto.

As we know, a NASCAR Cup Series race is never short on exciting moments. That was the case this weekend as well at Dover, which was filled with moments from two races. FOX: NASCAR released the reactions of the drivers and their teams captured on the team radio, during such moments.

"I'll see him at his motor home when we're done." Radioactive: @MonsterMile. pic.twitter.com/IeRyOoJy7H

Just before the start of the first race at ‘Monster Mile’, Denny Hamlin’s spotter gave him a piece of advice. “Be smart, race the track all day long,” the spotter for the No. 11 car said over the radio. Hamlin obliged as was proven at the end of the race. The race saw its first caution and exit as soon as the 7th lap.

Kurt Busch’s race came to an end after contact with Erik Jones early on sent him into the wall. “Yeah, we’re done. Unbelievable,” Busch said on the incident. Jones replied to him, saying, “My bad man, sorry.”

Jimmie Johnson had a near-crash with Ryan Preece. He swayed away just in time to avoid what could have been a big incident. The speed at which he was, he could not see Preece. That prompted Johnson to ask his team, “Oh my God, who the **** was that.” 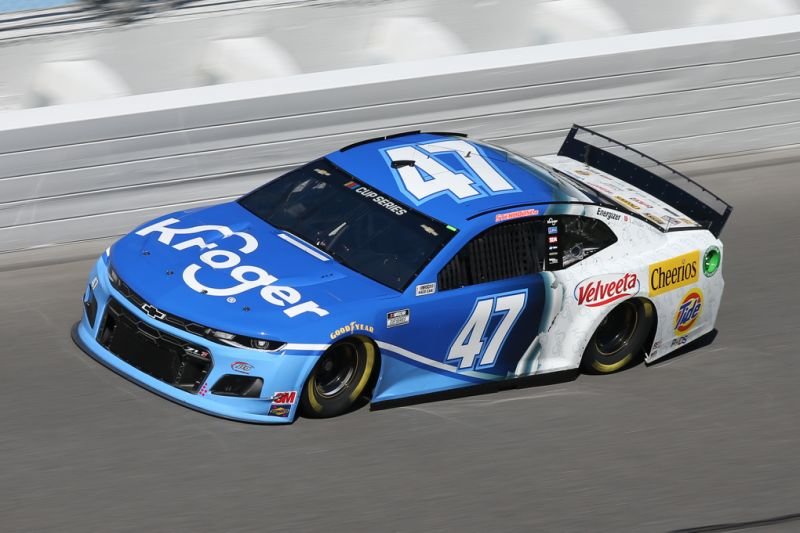 In Sunday’s race, another early incident saw a multi-car wreck. It started with Joey Logano bumping into Ricky Stenhouse Jr. from behind that sent Stenhouse Jr. into the wall. “For what its worth. The No. 22 apologized,” Stenhouse Jr’s spotter told him. “That doesn’t matter to me. I’ll see him at his motor home when we’re done,” Stenhouse Jr. replied.

Harvick saw off challenges from Truex Jr. and Johnson to seal a NASCAR Cup Series win on Sunday.

Jimmie Johnson Signals a New Era for the No. 48 Car With New Sponsor in IndyCar Stint