The International Motor Sports Association (IMSA) announced changes to its schedule for the season on Saturday. Updated race dates were announced for the Road Atlanta and Charlotte Motor Speedway Roval.

The six-hour labor-day weekend race at the Watkins Glen International on September 6 has been replaced by the WeatherTech SportsCar Championship race at the Michelin Raceway Road Atlanta.

A day before that, a four-hour Michelin Pilot Challenge race will be held at the same venue.

Meanwhile, the Roval will host the October 9 and 10 GTLM and GTD class races. These races replace the originally scheduled races at Lime Rock Park on September 12.

IMSA will move Labor Day weekend six-hour race from Watkins Glen to Road Atlanta, and the GT-only event from Lime Rock Park to the Charlotte Motor Speedway road course during its NASCAR weekend Friday and Saturday nights Oct 9-10. Whether Charlotte to have fans still TBD.

The October races will precede the NASCAR Cup Series races at the Roval on October 11. The weekend will have practice sessions on Friday and a 100-minute race on Saturday.

There are strict quarantine protocols and restrictions in both Connecticut and New York owing to the Coronavirus pandemic.

This makes the races at Watkins Glen International and Lime Rock Park a major logistical challenge for IMSA, causing the change in venues. 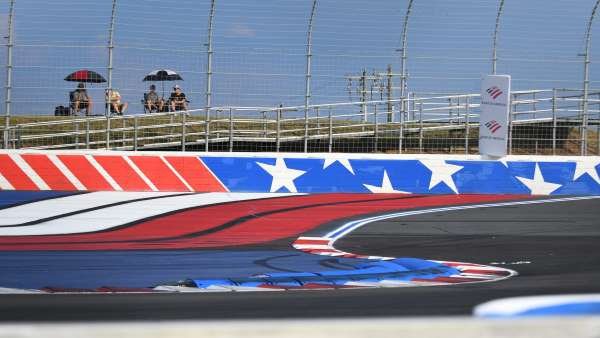 “We look forward to working in partnership with IMSA to provide a unique perspective to race fans and a one-of-a-kind challenge to the drivers who will be tasked with tackling this technically innovative course,” he added.

It is still unclear whether the Charlotte Motor Speedway will have fans at the venue.

Further changes to the schedule possible

The statement from IMSA, announcing the changes, read, “Michelin Raceway Road Atlanta will host the six-hour IMSA WeatherTech SportsCar Championship race on Sunday, Sept. 6, with three other IMSA-sanctioned series that all were previously scheduled to compete at Watkins Glen also moving to Michelin Raceway that weekend.

“A four-hour IMSA Michelin Pilot Challenge race will be held on Saturday, Sept. 5, with doubleheader races for both the Porsche GT3 Cup Challenge USA by Yokohama and Lamborghini Super Trofeo races also planned for the weekend,” the statement added.

The IMSA also said that further changes can be made to the schedule, keeping in mind the state and local COVID-19 guidelines.