This is starting to become a good week for Justin Allgaier. Fresh from a weekend sweep at the Richmond Raceway, fortune is smiling down on the driver. To be precise, the NASCAR qualifying formula has placed him on pole position for the Bristol NASCAR Xfinity Series race on Friday night.

The 34-year old has been in a good run of form, having taken victory at three of the last six Xfinity races. His latest win at Richmond places him in a good position for the playoff, which will begin after Friday’s race at Bristol. From that point onwards, the Las Vegas Motor Speedway plays host to the NASCAR Xfinity playoffs.

Of course, Allgaier will not have everything easy, since Ross Chastain joins him on the front row. Right on his tail are Noah Gragson, who has won at Bristol, along with Austin Cindric and Justin Haley.

The rest of the line-up for NASCAR Xfinity Series race at Bristol?

Behind the top 5, Harrison and Jeb Burton, Brandon Jones, Michael Annett, and Chase Briscoe round out the top 10. Coming back to Justin Allgaier, he will be determined to keep up his streak. He already raised plenty of eyebrows when he won back-to-back races at Richmond. 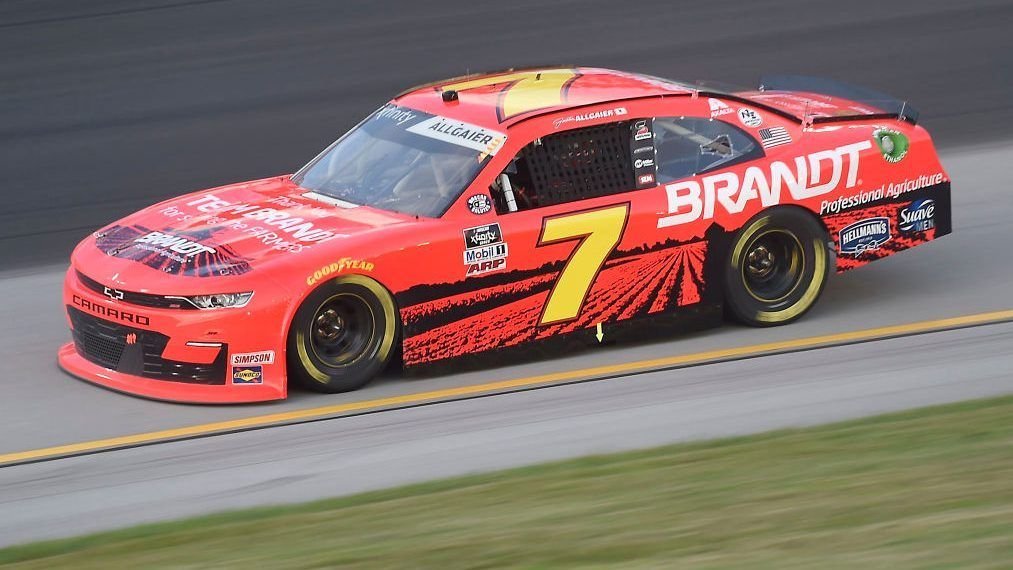 It goes without saying that he will surely be one of the favorites to win the race. However, there are several other drivers who are eager to stop him at all costs. Truthfully, Allgaier is nestled well inside the playoff standing and will qualify easily.

However, there will be a scramble for the bottom few slots during this race. Currently, Alex Labbé sits right on the bubble, and Myatt Snider is not too far away, either.

Josh Williams, Jesse Little, and Daniel Hemric will all be keen to depose Labbe and Snider. One thing is for sure, the NASCAR Xfinity Series race at the Bristol International Speedway will be highly entertaining.