Daly was absolutely delighted to record a Top-20 finish on his debut. However, he confessed that he was terrified for a good portion of the race.

“Every stint, just trying to figure out how quick you can drive the truck in. Where was the limit of grip when you’re sliding it.”

However, one of his biggest concerns was the whereabouts of Travis Pastrana. Daly confessed, “We spent a lot of the race near each other. We were side-by-side and I couldn’t see if he was waving at me or not.”

What else did Daly and Pastrana say about the NASCAR Truck Series race?

It is also worth noting that there was a friendly wager between the two drivers before the race. According to Pastrana, he felt very confident in the middle stint.

He also admitted that he was sorely tempted to flip Daly the bird. Overall, he was happy with his performance, as he didn’t spin through the infield. However, he did praise Daly for beating him on the track, in spite of less experience. 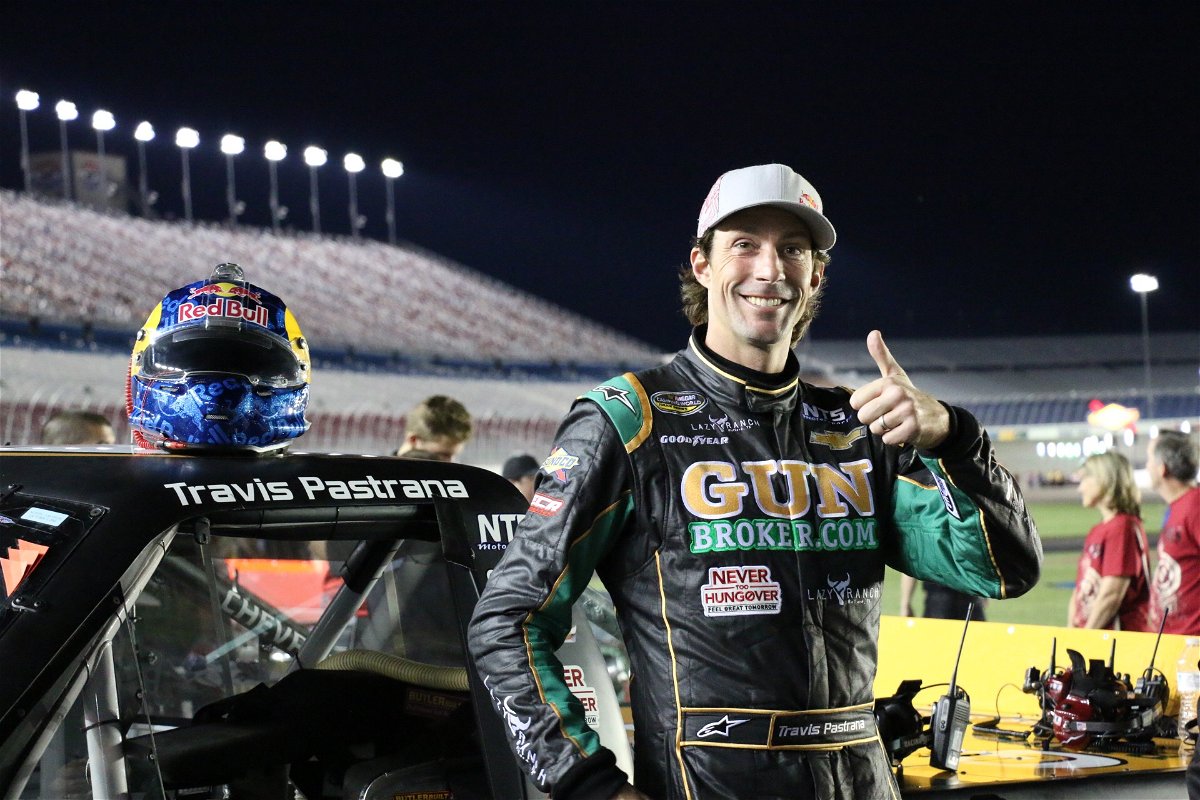 At the front of the pack, regular-season Truck Series champion, Austin Hill, won the race. This was a crucial win, especially since he had a poor start to his Playoffs campaign. Last week at Bristol, he wound up all the way in 25th place, plonking him down in 8th in the standings.

Sheldon Creed finished the race in second place, and he arguably had the best truck on the grid. However, Hill was able to manage a late overtake to clinch the victory. Behind them, Tanner Gray, Stewart Friesen, and Chandler Smith completed the Top-5 positions.

In the buildup to the weekend, Conor Daly expressed his excitement about racing in the Truck class. He said, “I could not be more excited to jump in a Gander Outdoor Series truck for the first time ever in Las Vegas.

“This will be one of the greatest challenges I’ve ever faced in my career as it will be the first event I’ve ever done where I’ve never driven a single lap in the Chevy Silverado before taking the green flag for the race.”

Pastrana’s last race was in late July at the Kansas Speedway. Meanwhile, Conor Daly will likely continue his IndyCar campaign, with the next race at the Indianapolis Motor Speedway.