As it turns out, the Jeremy Clements team breached protocol during the doubleheader weekend at the Kentucky Speedway. The Xfinity team violated section 12.8.1.b of the Member Conduct Guidelines and section 7.7.2.j Team Event Roster Guidelines. 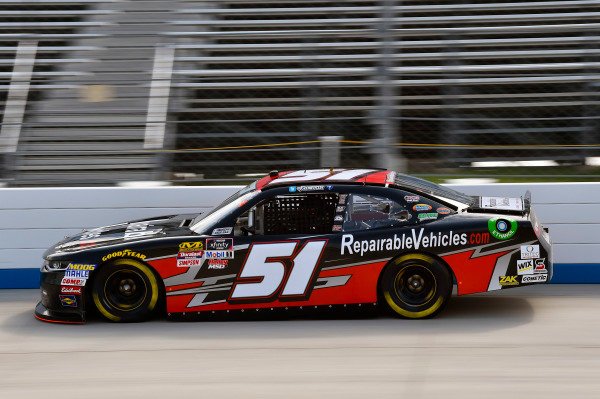 According to the regulations, a member can face a minimum fine of $5,000 and a maximum of $25,000. For that, they would have to be guilty of not following NASCAR’s COVID-19 Event Protocol Guidelines.

In addition to that, ignoring instructions regarding screenings, social distancing, compartmentalization, and use of required personal protective equipment is also frowned upon.

The NASCAR Xfinity owner felt that he did nothing wrong

To be fair, Clements has every right to appeal the decision in front of the National Motorsports Final Appeals Officer. However, the question of granting or rejecting the appeal is a completely different matter altogether.

Additionally, NASCAR issued a memo to teams and warned them not to be complacent as far as the COVID-19 crisis was concerned. Clearly, the NASCAR team ignored the warning and felt that they were relatively safe.

The sport has already suffered plenty of scares, like the time Jimmie Johnson tested positive for the virus. When NASCAR has gambled and hosted a couple of races with limited attendance.

Luckily, nobody tested positive, and Johnson has since recovered.

A large majority of races have been held behind closed doors. Meanwhile, NASCAR sought permission from local authorities for hosting races with spectators.

However, NASCAR Cup Series, Xfinity Series, and Truck Series personnel need to take responsibility and understand the gravity of the matter.