NASCAR fans and experts are still trying to wrap their heads around how reigning Cup Series champion Kyle Busch is an ‘underdog’ for the playoffs. Busch, by his own admission, is ‘behind the eight ball’ as he still searches for his first win this season.

The likes of Denny Hamlin, Kevin Harvick, and Chase Elliott are miles ahead of Busch if you consider factors such as momentum and confidence. However, as the playoffs are set to begin at Darlington Raceway on Sunday, Kyle Busch is more than okay with the ‘underdog’ tag.

Kyle Busch rates his chances ahead of playoffs 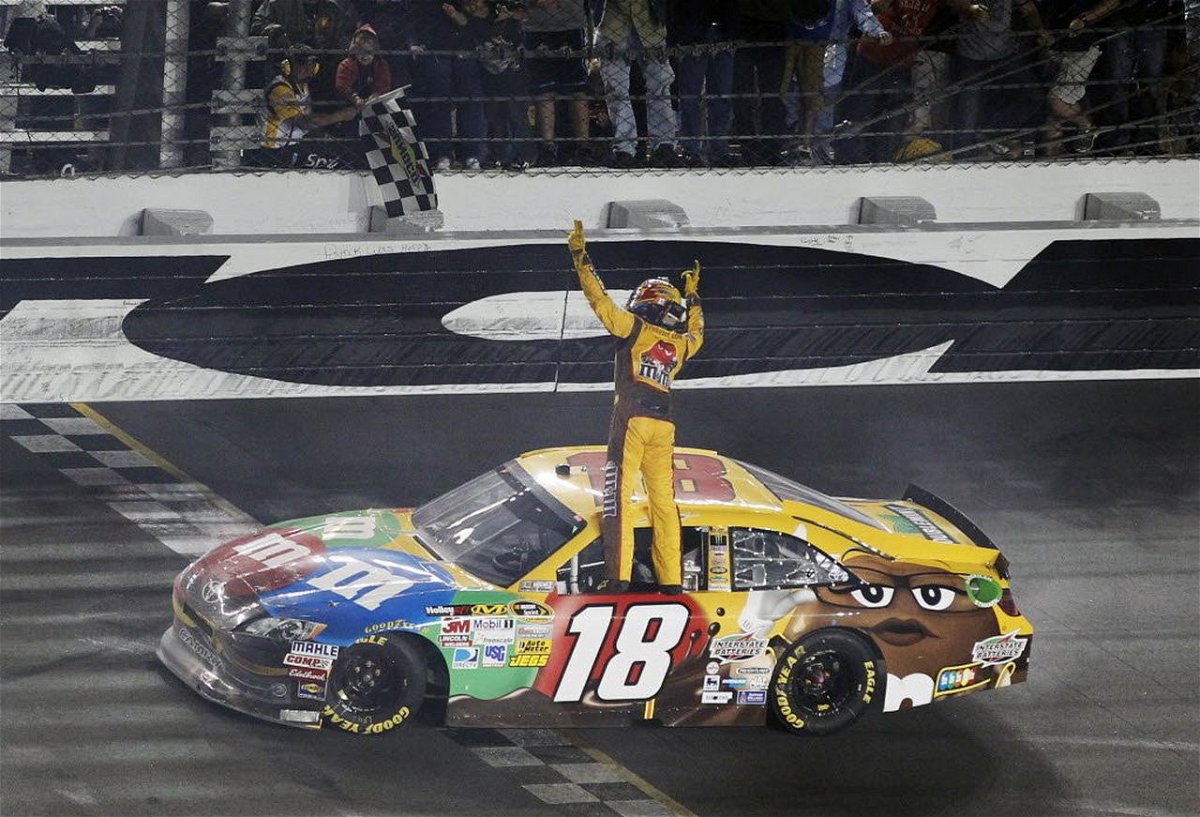 “We were an underdog if you will, in that final race (last year) and we won again,” Busch said on the eve of the Darlington race. “So if that’s what it takes to win these things, then sure, sign me up. Put me in that underdog spot and let’s go get it done,” he added.

That breath of fresh confidence and optimism about his performance at Darlington holds Busch in good stead before the playoffs opener. “I look at Darlington as, that’s a place we can go to, we can run the top five pretty good there,” Busch said.

He then expressed his views on which playoff tracks he believes he has the best chances at to secure that maiden 2020 win. “Richmond, Bristol, those are great opportunities for us to score our victories. So you get two stage wins and a win at Richmond and Bristol both, and boom, you’re right back in the playoff picture,” the 2015 and 2019 champion said further.

Rowdy has 15 wins on tracks that make up the #NASCARPlayoffs Round of 16.

Can Busch turn it around again?

If Busch can convert what he said into reality, he will safely make it through to the Round of 12. However, that’s where his biggest challenges lie, believes Busch. He had a bad outing at Las Vegas this year. The other two Round of 12 tracks – Talladega Superspeedway and Charlotte ROVAL – are always difficult to conquer.

Despite his winless run, Busch’s competitors believe he has it in him to win the title. Harvick referred to Busch’s 2015 championship run when he missed 11 races after a crash at Daytona and still managed to win the championship.  Another competitor Ryan Blaney said that “Kyle Busch and that team can turn it around any given weekend.”

He is not a favorite to win, but it will be interesting to see if Kyle Busch can pull off another improbable run to the title.