In 2021, Chase Briscoe is set to step up to the Cup Series in the #14 car to replace the retiring Clint Bowyer. Speaking of Bowyer, the Stewart-Haas co-owner, Tony Stewart, paid a small tribute to the 41-year-old on Instagram. Later in the comments, somebody lamented that they should have gunned for Kyle Larson.

The out-of-favor driver is set to join the Hendrick Motorsports team in 2021, driving the #5 Chevrolet.

Given that Stewart expressed a lot of interest in recruiting Larson, some fans were upset that Stewart-Haas Racing (SHR) never made a move.

Replying to the comment, Tony Stewart insisted, “Trust me I tried. Learn all of the details before you bash me. I tried for the last 4 years. Ford wouldn’t approve it. I TRIED.” 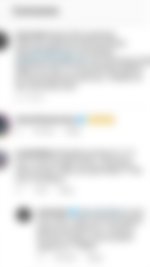 What next for Kyle Larson?

Although Briscoe may not have been the primary target, the SHR team has recruited him now. Instead of dwelling on what could have been, Stewart and the team will be keen to bring Briscoe up to speed and let him play with the big boys.

Meanwhile, Kyle Larson is in another stable and will be competing against them in 2021. The 28-year-old has been out of action for almost the entire season and will be raring to go in 2021.

Larson is an excellent driver and could have been a valuable asset to Stewart-Haas Racing. However, since Ford had the last say on the matter, that idea was dead in the water.

Naturally, this left the window of opportunity wide open for other teams to make a bid for the driver. As a result, Hendrick Motorsports was the first one to react, and they promptly roped him.

At HMS, Larson will take over Alex Bowman’s seat, while Bowman himself is succeeding the departing Jimmie Johnson. With this, Hendrick Motorsports is fielding a formidable line-up of Chase Elliott, William Byron, and Alex Bowman, alongside Larson.