How do you respond to insults? Some reply back with a nastier insult, some ignore it but some turn it into a joke and wear it on themselves. This is what Sunday’s Martinsville race winner Alex Bowman is doing, taking an insulting comment and selling it as a T-Shirt to his fans.

The Hendrick Racing driver won the race in Martinsville and was called a hack by a fellow driver, Denny Hamlin.

And that wasn’t all.

Hamlin really went at it on Bowman because of the incident involving the two of them in the race.

Of course, a pretty blunt Hemric has already concluded that Bowman was guilty.

But the young driver thinks otherwise.

He admitted to hitting Hemric but also argued that he returned the 40-year-old driver the lead literally.

Bowman said the contact was unintentional as he empathised with Hemric.

Along with expressing his contentment with the victory, Bowman also reminded Hemric about next week.

“I feel like he’s got a lot more to lose than me next week”, he said in a post-race interview.

Bowman seemed unbothered by the incident and the subsequent comments.

In fact, being in that state of mind is what enabled Alex Bowman (or his team) to turn Hamlin’s comments into a marketing piece.

But this isn’t the first time comments from drivers have found their way as slogans on clothing.

Earlier this year, Bowman’s teammate Chase Elliott was involved in a long feud with driver Kevin Harvick. As Harvick failed to qualify for playoffs, Elliott wished him a Merry Offseason.

Soon, the defending champion’s team announced the slogan on his clothing line. 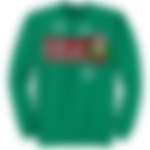 Now, in that instance, it was Elliott who used his own comment as a slogan. But this makes Bowman’s case all that impressive.

Not only did the driver refrain from replying in a similar taste, but he also nullified the effect of Hamlin’s remarks by literally taking the joke on himself.

Of course, it’ll also turn out to be a great marketing tool.

Wow! How about that for a win at Martinsville… Finally got ourselves a clock! 🤯 pic.twitter.com/jnQWPfGL7M

Although Alex Bowman hasn’t tasted the levels of his success in the undoubtedly strong Hendrick car, he will look to come back stronger next year.

And for the time being, he’ll be enjoying his race win.

Shaharyar is a Formula 1 & NASCAR writer at EssentiallySports. A Graduate in Journalism from Amity University, he has been a passionate follower of motorsports for the better part of the decade. A Max Verstappen and Ferrari supporter, he dreams of a pairing of the two in the future.
ARTICLES BY AUTHOR