NHRA drag racer Leah Pruett recently married NASCAR Cup Series champion and Hall of Fame inductee Tony Stewart. The racing couple had fallen in love a few years ago while doing what they both love- racing.

They had announced their engagement in March 2021, and after eight months, they took their wedding vows.

Pruett currently races for Don Schumacher Racing. But from 2022, she will drive her husband’s car as Stewart will enter the NHRA from next year with two entries. One of them will be a Top Fuel one for Pruett and the other a Funny Car for Matt Hagan.

Excited to add another layer to my motorsports portfolio with these two amazing champions… plus one's gonna make an amazing hot wife.#NHRA #NHRACampingWorld #HotWife pic.twitter.com/MzLMiyu459

Who is Leah Pruett?

The Don Schumacher dragster was born in Redlands, California on May 26, 1988. She has been racing the junior leagues of drag racing since the age of 8. She graduated from a local high school. An athletic scholarship helped Pruett enroll in California State University. After finishing her college education, Pruett pursued her passion full-time.

Drag racing is in Pruett’s genes. Her father was a drag racer as well. After winning her first at the age of 10, by 2005, Pruett had won 37 NHRA Junior titles.

She’s the only female driver in the history of the NHRA Factory Stock Showdown to win the championship.

The racing career of Leah Pruett

The 33-year-old dragster has an incredible amount of experience in her area of expertise. She is vastly experienced and is currently in her 25th NHRA season.

She also won the NHRA Hot Rod Heritage Racing Series title in 2010 in the Funny Car class. But in 2013, she stepped up the ladder into Top Fuel where she has been racing since. Famously, she defeated Brittany Force in the NHRA National Championship in 2016. The Don Schumacher racer has competed in the NHRA Factory Stock Showdown and won the title in 2018.

From 2022 though, she’ll be driving the Top Fuel entry for NHRA newcomers, Tony Stewart Racing.

“It’s a very unique opportunity to control my own destiny with my almost-husband in a sport I’m absolutely passionate about,” Pruett said as reported in ESPN.

I feel like I’ve been prepping my whole life for something like this — to apply all of my talents to something grand in partnership and alongside somebody sharing the same goals.” 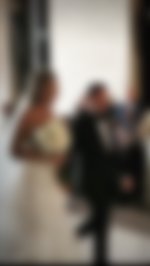 Leah Pruett will enter a new phase of her personal and professional life in 2022. Luckily for her, both those facets of her life are now intertwined.

Shaharyar is a Formula 1 & NASCAR writer at EssentiallySports. A graduate in Journalism from Amity University, he has been a passionate follower of motorsports for better part of the decade. A Max Verstappen and Ferrari supporter, he dreams of a pairing of the two in future.
ARTICLES BY AUTHOR