We just got done with week 5 of the NBA 2017-18 regular season and it was something. After a roller-coaster of an off-season, players on new teams are finally gelling out. The conference standings are looking normal again. Games of the Week

This was the game which brought the Cavs back into the season. They were trailing by 23 points at one point of time and came back right in the death to take the game. There was also a lot of pre-game trash talk at play so both teams wanted it badly. Cavs being the better overall team snatched the W from the Knicks. LeBron had 23p-9r-12a while Kyle Korver scored 21 points and went nuclear from deep in the final period. He had 17 points in the final quarter alone. The Cavs bench also poured it in with 54 combined points. For the Knicks, their starters took all the scoring load. Porzingis and Kanter had 20 points each and Tim Hardaway Jr. had 28 points for the game.

It was a battle between two of the most young and exciting teams in the NBA and Joel Embiid unloading on the Lakers. Embiid ended the game with a career high of 46 points, 15 rebounds to go along with 7 assists and 7 blocks in just 34 minutes. Ben Simmons added 18 points, 10 assists and 9 rebounds. For the Lakers, Kyle Kuzma and Brandon Ingram combined for 50 points as Lonzo Ball had another off night. Jordan Clarkson added 20 off the bench. The Boston Celtics are putting the NBA on notice. This was probably the most anticipated game of the season yet. The top defence vs the the top offence in the league and in the end defence won. Celtics restricted the Warriors to just 88 points. Warriors had just 3 players scoring in double digits. Kevin Durant scored a game high 24 points. It wasn’t any different for Boston. Kyrie and Horford had bad shooting nights. Smart had just one point. One C who did dial it in on both ends of the floor was Jaylen Brown who had 22 points and 7 rebounds. This might be NBA’s next big rivalry. 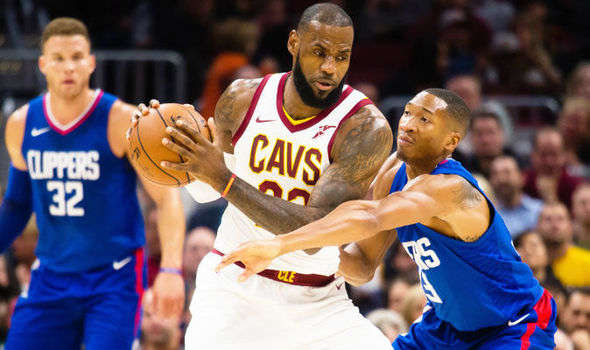 The Cavs have somehow been able to come up with the win these past few games. In this classic overtime thriller, Cavs won their 4th straight. LeBron James was big as he had 39 points, 14 rebounds and 6 assists. Love added 25 points and Wade had a 23 point, 11 rebound double-double off the bench. For the Clippers, DJ had a 20-20 game while Griffin ended up with 23 points, 12 rebounds and 5 assists. This was the seventh straight loss for the Clippers and they’ve now lost 9 in a row.

Player of the Week: Joel Embiid

Joel Embiid is more than living up to the hype. In just his second season as a Sixer, he’s already getting compared to Hakeem. His numbers back everything up. Those 46 points he scored, came on just 20 attempts. Another thing working for him is the number of games he’s played so far. He was supposed to miss half the NBA 2017 season. That might not be the case anymore as he’s started in 10 games already. If this goes on, he’s en route to playing 60-65 games and winning the Most Improved Player award.

“He Was Our Michael Jordan”: Giannis Antetokounmpo Calls Kobe Bryant an Idol For a Whole Generation

LeBron James, Luka Doncic and Others React to Aaron Gordon Falling Behind in the 2020 NBA All-Star Slam Dunk Contest

Should Anthony Davis Have Stayed With New Orleans Pelicans?