LeBron James and Dwyane Wade were the powerhouses of the league. As a duo, they both complimented each other’s game. Together, they were effective and efficient. LeBron James was always physical, dominant, and driving, whereas Dwyane Wade was agile and quick. The duo was tremendous for the Miami Heat.

Their chemistry on the court was the by-product and result of their great relationship off it. Since the start itself, they were good friends and still are. One such proof of that is when LeBron’s ‘BFF’ roasted the Lakers star for his receding hair.

WATCH THIS STORY: LeBron’s best teammates featuring DWade and others.

NFL star Brandon Marshall asked Dwyane if LeBron would realize that his hair is fading and if he should now let go of caring about it. Dwyane Wade once again replied hilariously taking a shot at LeBron’s massive 850 million dollar worth, “Listen, as long as he got money, he ain’t letting it go.”

LeBron and DWade won 2 NBA championships together. In fact, they won two NBA titles in back-to-back years, 2012 and 2013. Their connection was supreme, and they were surely one of the best duos to ever partner up together. Their time together was short-lived, but at the prime of their partnership, there were no other two players that were more dangerous together. And of course we are going to talk about the absolutely legendary and one of the coldest pictures in NBA history ever taken. 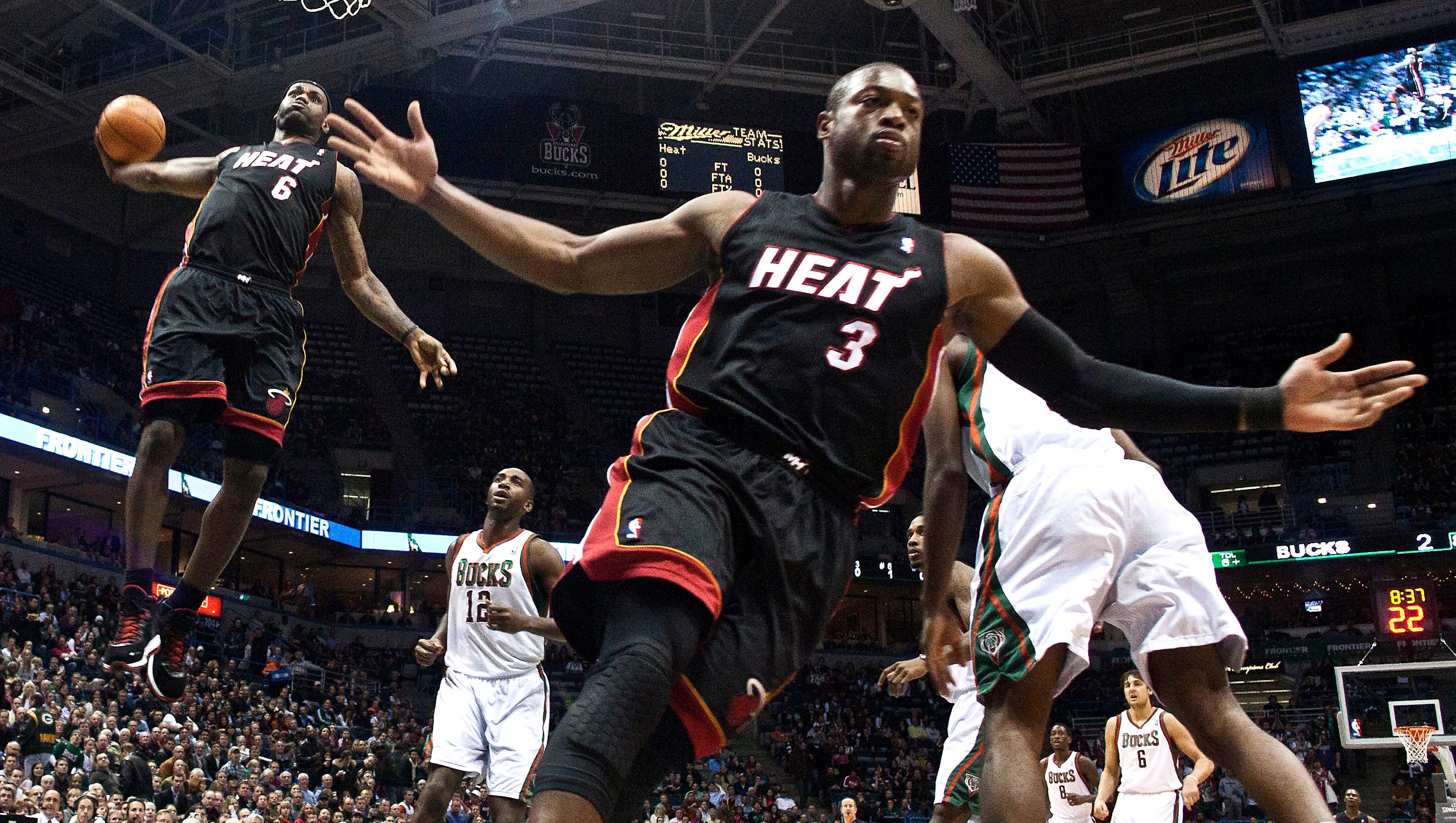 Their chemistry was on another level. They understood each other in an amazing way. They knew the pace, the movement and the athleticism of each other’s game.

The duo produced some of the most brilliant alley-oops one could ever ask to see. Their friendship still very clearly stays intact, which is hilarious and wholesome to see.