Adele and her boyfriend Rich Paul are taking another step in their relationship as they are moving in together. After dating for a year, they bought a house for themselves to live in. In addition to his role as LeBron James’ agent, Paul founded Klutch Sports Group.

They are very happy together, and the singer also shared the news on her social media account by sharing a picture of them together. In one of the pictures, they were holding the keys to the large white and columned house.

Adele was wearing a long coat, trainers, and sunglasses, and had her hair in a bun as they looked adorable together. Together with her, Paul donned a gray shirt and trousers, as well as trainers. After she shared this news on Wednesday, social media went wild over this picture.

Congratulating and supporting the couple on their move in together. Adele’s relationship with her boyfriend was shared only last summer and now they share a new house together. For the caption of the post, she wrote: “Time flies.” As well as adding emojis to the caption, she also added an emoji of a heart.

The new home of Adele and LeBron James’ agent

It was reported in January that she had spent $58 million on a fourth home – Stallone’s Beverly Hills mansion. This was because the mansion was awaiting a better selling season. As part of the post, the singer included some photos of the couple together, which illustrate their relationship.

One of the photos shows her serving a burger to her boyfriend. There was one more picture of Paul kissing Adele in their dressing room on his knees. The fans loved these pictures and the comment section is full of praise.

At present, Adele owns three houses in Beverly Hills, a neighborhood that is known for its star power. Added to her list is now Sylvester Stallone. This luxurious home has a total area of 18,587 square feet and it was designed by Richard Landry. 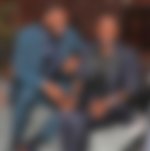 In addition, it is tailor-made for Adele’s personality and the essence that she was seeking in settling with her partner. Feel free to share your thoughts! Drop a line below.