The Golden State Warriors are struggling to find their rhythm without Klay Thompson, and Steph Curry is dearly missing his ‘Splash Brother’.

January 23rd marks the 6th anniversary of Klay’s record-breaking 37-point performance, and Curry posted a tribute to the shooting guard for his heroics.

What’s so special about a 37-point game? Well, on this day, 6 years ago, Klay Thompson dropped 37 in a single quarter and achieved the unthinkable!

A 24-year-old Klay Thompson torched the Sacramento Kings in the 3rd quarter by making 100% of his shots he took! Moreover, the shooting guard single-handedly outscored the Kings by 15 points in doing so!

It was certainly an electrifying moment and the Oracle Arena was shaking with every made bucket. Klay seemed invincible with the ball, and his performance went down as an ever-lasting memory.

Hence, his teammate Steph Curry brought it up on the 6th anniversary of the incredible quarter. “Sheesh, that’s a bad man,” Curry wrote, tagging Klay Thompson on his Instagram account.

The Warriors are dearly missing Klay Thompson at the moment, and Steph Curry did not hide his feelings. 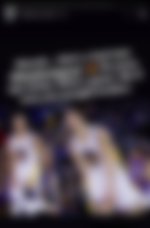 The numbers behind Klay’s 37-point quarter

Only a handful of players have ever scored 30 points in a single quarter in the NBA. Klay Thompson is the proud leader of that list, and he surpassed George Gervin and Carmelo Anthony by putting up 37 back in 2015.

Anthony and Gervin had 33 points each, which came in different eras. However, Klay surpassed them with a perfect display.

“I can’t believe I own an NBA record. God is good. I’m so blessed to be here and healthy. Hopefully, it stands for a long time. That was crazy. I don’t know what happened. I’ve never shot like that,” Thompson told CSN Bay Area

6 years ago today, KLAY THOMPSON scored an NBA record for points in a quarter without missing a shot 🔥

Klay Thompson went 13-13 from the field and made all of his 9 three-point attempts. His stroke was smoother than ever, and the shooting guard made 2 free throws to obtain a perfect record as well.

Klay had that 2k perfect release on them boys lol

The Warriors undoubtedly rode high on Klay’s performance and posted a blowout victory against the Kings. He ended the game with 52 points to his name, having made 11-15 three-pointers in 73.3% shooting from the deep.

Since then, only Kevin Love has come close to breaking Thompson’s record, as he scored 34 points in the 1st quarter against Portland Trail Blazers back in 2016.