Charlotte Hornets rookie LaMelo Ball sure has a lot of game in him. Ball went as the third overall pick in the 2020 NBA Draft, and he is expected to perform at an elite level by the fans. It has so far been a good start for LaMelo, and his teammate Gordon Hayward has massive faith in the youngster.

19-year-old Ball and 30-year-old Hayward both became a part of the Hornets franchise during the 2020 offseason. While Ball came through the draft, Hayward was acquired via free agency.

LaMelo Ball is a tremendous athlete and his high school records are beyond impressive. The NBA’s not LaMelo’s first professional league stint, as he played one season with the Illawarra Hawks of the National Basketball League (NBL) in Australia.

“Yeah, I think LaMelo is going to be really good in this league for a lot of years. He’s got great size. More than anything, he has great feel for the game,” Gordon Hayward told Sam Amick of ‘The Athletic.’

Ball’s career path slightly resembles that of Slovenian sensation Luka Doncic. Both are guards who turned pro before they entered the NBA and Gordon Hayward thinks LaMelo carries a style of play that matches Doncic’s.

“He’s kind of like — to me, he’s got that same type of feel as like (Dallas’) Luka (Doncic), as (Washington’s) Russ (Westbrook), where they just are around the ball and the ball kind of just comes to them,” Hayward added about Ball.

Gordon Hayward expressed his heartfelt comments about 19YO LaMelo and it will undoubtedly motivate the youngster even more. Hayward added more to his thoughts and pointed out a great aspect of his game:

“With rebounds and (being able) to make the right plays and always kind of being at that right position, to me, he has that same type of feel and energy for the game. I think he’s gonna be really good,” Hayward mentioned.

Speaking about being really good, we are currently witnessing the talent of LaMelo Ball unfold in the NBA. Moreover, the budding point guard recently etched his name in NBA history by becoming the youngest player ever to record a triple-double.

LaMelo got 22 points, 11 assists, and 12 rebounds to achieve the feat, and this prompted LeBron James to salute the 19-year-old point guard for his effort. 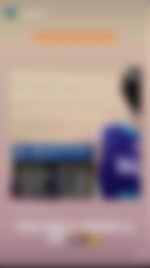 You know you’re good when the ‘King’ applauds your game. That’s just how talented LaMelo Ball is, and we’re yet to witness him unleash his full potential in the NBA!