The trade deadline is coming closer by the day. Teams are making the necessary space to add much-needed talent. Likewise, the Milwaukee Bucks are in midst of taking a huge decision. Notably, their 14-season NBA veteran Serge Ibaka and the franchise have agreed to go in separate directions. Moreover, there is a buzz around him potentially joining Stephen Curry.

Ibaka joined the Bucks last season during the trade deadline from the Los Angeles Clippers. After showing impactful signs as a backup big in the absence of Brook Lopez, he earned a one-year extension with the 2021 champions. However, the hopes of him settling with Mike Budenholzer’s rotations haven’t gone to plan. The three-time All-Defensive center has played in just 16 of the 45 games this season. 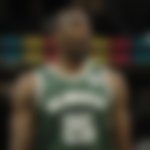 In addition, the 2019 NBA champion has been away for “personal reasons”. After his absence, it seems the Bucks and Ibaka are parting ways according to Shams Charania.

Will Serge Ibaka join Stephen Curry and the Warriors?

Before the season, the 14-season veteran set high expectations for his stint with the Deer District. However, the time has said otherwise. The 33-year-old center has failed to fit into the Bucks’ 3 big man rotation. Notably, Lopez and Bobby Portis share a similar dynamic for the position. With his role, Ibaka can arguably not replicate what Giannis Antetokounmpo does for the Bucks. Likewise, recent reports suggest Milwaukee will be finding a new home for the center.

DIVE DEEPER
“Everyone Outside the Warriors Is Laughing at This”: Stephen Curry and Co. Accused of ‘Ruining a Career’ with Big Trade Decision

Reacting to the news, NBA Twitter had several opinions. Some felt Antetokounmpo’s diss on Ibaka’s show is the reason. On the other hand, some are linking the big man to the Golden State Warriors and Phoenix Suns.

He’s tired of Giannis roasting him

Ibaka for Crowder? Who says, "no"?

Jaymychal Green +2nd round pick for Ibaka it is.

Stephen Curry and the Warriors have struggled at the five this season. Notably, both their backups are currently injured. With plans of maybe moving JaMychal Green, Ibaka’s defensive presence might help the defending champions. On the other hand, Milwaukee has been in talks with the Suns inquiring about Jae Crowder. His tense situation continues to be alive. Likewise, a swap could help Antetokounmpo and Co. With Khris Middleton in and out of action, a 3 and-D kind of star might add a much-needed dimension to their roster.

Where do you think will Ibaka go next? Let us know your views in the comments below.