LeBron James might be one of the best players in the NBA, but LBJ has always has respected the league’s legends. Playing for the Lakers,  ‘King James’ has shown immense respect for the legendary players who have played for the franchise as well.

One of them is Shaquille O’Neal. Playing for the Purple and Gold for eight long years, Diesel was a force to reckon with for other teams. While LeBron might be nowhere near the massive size of Shaq, ‘The King’, similar to O’Neal, is unstoppable and can practically score at will.

LBJ and Shaq certainly share a good bond. With Bronny James Jr., Shaqir O’Neal, and Shareef O’Neal playing with each other regularly, the James and O’Neal family ties have grown over the years.

Diesel’s youngest son Shaqir O’Neal recently committed to the Texas Southern University. King James was quick to congratulate the 18-year-old as he took to Instagram and wrote “Congrats Nephew.” 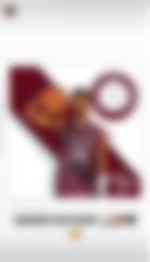 Shaqir, who is a 6’6″ shooting guard, is certainly ready to take a new challenge with the Texas Southern. While he might be playing a different position from Shaq, he will look to emulate his father’s impressive college career.

While Shaqir takes up a new challenge with the TSU, Bron, meanwhile, has a humongous challenge on his hands as his team, the Lakers are currently suffering from a massive blip in form.

Can LeBron lead the Lakers to defend the NBA championship?

At the start of the regular season, the champions looked fantastic and looked like they were getting on their stride. But injuries have changed the whole dynamic for the champions.

Initially, superstar Anthony Davis suffered from a tendonosis injury and was ruled out for a couple of months. But with LeBron James at the helm, the champions steadied the ship.

Unfortunately, LBJ also suffered from a scary high ankle sprain and missed time. All this while the Lakers saw a massive dip in form in their regular season and have dropped all the way down to the sixth spot in the Western Conference standings.

But the Lakers won’t be that worried right now. Both Davis and LeBron are back and with a couple of weeks still left in the regular season, have enough time to get back to playing form.

If AD and Bron don’t suffer from any other injury and are at their best, the Lakers will be an unstoppable force irrespective of their standings in the Conference.