Two days ago, the Lakers had a convincing win against a tricky Eastern Conference opponent in the Cleveland Cavaliers. The star of the show was LeBron James who put up a gigantic 46 points against his former team.

The 46 point performance was a season-high for the King who cemented his status as one of the front-runners for the MVP race. With this win, the Lakers capped off an impressive tenth win on the road.

Despite his dominant performance in the first half, the King went cold in the third quarter shooting 1-5 from the field. This gave a chance to the Cavs to take the lead.

During the end of the third quarter, when the King missed a three point attempt, a member of Cavs’ front office got super excited to see LeBron flunk the shot.

LeBron certainly took that personally as he outscored the entire Cavs team in the fourth quarter as he dropped 21 points while shooting 5-6 from the three point line. He certainly silenced his critic with some style.

LBJ even shared an Instagram story quoting Michael Jordan‘s popular line where he had said, “I took that personal.” 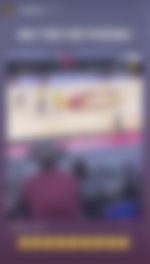 It was hilarious to see such a wild reaction from the front office staff in the first place. He learned not to mess with the King the hard way.

The champions, Los Angeles Lakers, are off to a splendid start. With 14 victories in the 19 games that they have played, they have the best record in the NBA.

LeBron has been the key component for this insane record. Coming into the season, many predicted that James would miss multiple games from the start. However, that hasn’t been the case.

He has played all 19 games so far and has clearly been the best player on the team. With his amazing performances in these games, he has certainly made a case for being the MVP this season.

The King will look to maintain this amazing run of form. We are seeing a LeBron James who is hungry to win more, and it looks like the MVP trophy is in his sights now.