Neither Larry Bird Nor Hakeem Olajuwon, This Former All-Star is the Only Player Who Has Outscored Michael Jordan in a Playoff Series

Michael Jordan is considered the benchmark of greatness. Once a player enters into a conversation in which he is being compared to the likes of him, they can consider their NBA career successful. There’s winning an NBA championship, there is winning an MVP award, and another great achievement is to be able to surpass Michael Jordan in any sort of way. While most players spend their entire professional career trying to make it that far, there is one who defeated Jordan in a very unexpected and unique record.

Michael Jordan is considered the greatest of all time for a reason. From his six NBA championships, work ethic, to his plethora of records, Jordan is the epitome of an ideal basketball player. In his transcendent career, Jordan has set many records. Some of them being the usual but some are very unique.

Many talented players have come and gone, some even have surpasses certain standards set by him. However, it is safe to say, the list is not very long. Of course, LeBron James and Kobe Bryant are part of it, but so is Terry Cummings.

Thanks to an avid NBA fan, there has been a brilliant finding that applauds both Terry and MJ. As per Chopsticks487’s Reddit post, “In Michael Jordan’s 37 playoff series, he faced 269 different players. He outscored 268 of them. The only player to ever outscore MJ in a series was Terry Cummings, who did it by a single point in MJ’s rookie year by avging 29.5ppg.” 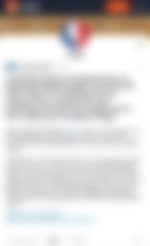 WATCH THIS STORY: Michael Jordan, LeBron James & Other NBA Players Who Have Been Relentlessly Trolled Through Memes

When did this happen?

In 1985, Cummings was able to score 118 points for the Milwaukee Bucks in four games of round 1 of the Eastern Conference. Whereas, Jordan fell short by one point, scoring 117 points in total. At the time, he was being guarded by two-time Defensive Player of the Year, Sidney Moncrief.

But it didn’t take very long for MJ to find his rhythm. In the following series itself, he averaged 44 points per game, even outscoring the legendary Larry Bird.

Just imagine, there are certain records set by Jordan that aren’t even recognized yet. How much better can he get than this?