New Lakers Star Shareef O’Neal, Son of Shaquille O’Neal, Believed Someone Else in the Family Was the Best Player

Shareef O’Neal, the eldest son of Shaquille O’Neal, revealed the name of the best player in the O’Neal family. And quite surprisingly, it is not Shaquille O’Neal. In fact, the new Lakers recruit named his youngest sister Me’Arah O’Neal as the brightest prospect out of the family.

Shaquille O’Neal pulled up to a local gym to scrutinize his kids’ progress in training in this episode of Home Team Hoops from a few years ago. The Big Man gave his two sons, Shareef and Shaqir, and two daughters, Amirah and Me’arah, a hard time on the court. However, he also dropped some valuable nuggets of NBA insight on them at regular intervals.

Meanwhile, Shareef O’Neal revealed a lot of things about the O’Neal household in an aside interview in between practice sessions. He talked about how he hated his father’s strict practice sessions. In addition, he revealed his thoughts on his siblings as aspiring basketball players.

Shareef O’Neal hailed his youngest sister, Me’Arah, as the brightest prospect to emerge out of the O’Neal household. The 22-year-old had nothing but praise for his brother Shaqir and sister Amirah. However, he predicted Me’Arah to have the most potential in the family. 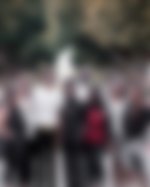 “My youngest sister Me’Arah-I think she’s gonna be the best out of the family,” said Shareef.

Meanwhile, Me’Arah’s trainer also had nothing but praise for her. “She can put the ball on the floor. She can shoot, she can pass-she does it all,” he added. “Very respectable young lady, that has a very bright future.”

Me’Arah O’Neal has certainly lived up to her brother’s expectations. In fact, she received a D1 offer from UCLA Bruins’ 2024 recruiting team last year. LSU Tigers is also projected to be in contention with UCLA to lock her down.

Meanwhile, O’Neal also played for Crossroads high school in California like her siblings. During her freshman year in high school, she averaged 5.3 points, 3.3 rebounds, 4.7 assists, and 2.5 blocks in 24 games.

In other words, she is clearly on the right path to being the next basketball star in the family. Her elder brother Shareef has played for both UCLA and LSU in the past. He is now a Summer League recruit for the Los Angeles Lakers.

Do you think Me’Arah can match Shaq‘s dominance on the court? Comment below.