Lakers’ legend Kobe Bryant was one of the best at his craft. He inspired millions of fans around the world with his hard work and mindset during his playing career. Even after retiring, he continued inspiring fans with his efforts and appearances off the court.

Rapper and millionaire Snoop Dogg is one of the biggest fans of the LA Lakers. And he was often in courtside seats during the Lakers’ home games. Also, he had a friendly relationship with Kobe Bryant.

The “Impaulsive Clips” channel featured Snoop Dogg in one of the recent podcasts with Jake Paul and others. 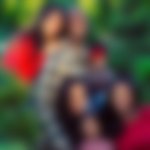 He revealed how Bryant inspired him and his son. Snoop’s son Cordell Broadus was also in the podcast. Snoop said that he could see his son using the advice Bryant gave him.

During the podcast, Snoop Dogg revealed how he was able to give Kobe a customized low-ride car. Snoop said, “… And he came, and he spent time with my family and my friends. And he gave my son some great information, you know, business and life, which I see him putting into effect now.”

Snoop said that it was a treasured moment for him that Kobe Bryant flew over to see him and his family. He said that he was happy he could give Kobe the car and also because the Bryant family still has the car.

Hearing this, Jake Paul was curious to find out what Kobe Bryant told Cordell. And Cordell said, “Man, it was crazy because we talked about kids and I didn’t even have kids at the time. And like what he told me was like, ‘You gotta raise your daughter like you know, she the lion or she the gazelle. Either way, you gonna love her.’ And I’m raising my daughter the same way…”

He said that he always thinks about Kobe Bryant and his daughters. Cordell also said that Kobe suggested him some books to read about business. And motivated him to discover who he is as a person. Moreover, he admitted he implements Bryant’s advice every day.

Snoop Dogg said that he couldn’t believe what Kobe said to his son about his daughters. And how the Lakers legend left the world. He said that Kobe knew his purpose, and it was to be a father of daughters. And said that it inspired him, his son, and everyone to be better fathers.