“A great opportunity for us from the basketball community to thank President Biden and his staff for all their hard work and diligence on getting Brittney Griner home,” the point guard said. Moreover, he added, mentioning, “It means a lot to know that she’s here, at home safe with her family.”

In addition to this, they also discussed a variety of topics and showed respect for each other. Seeing Curry and his wife Ayesha Curry at this moment captured everyone’s attention, and they all had a deja vu moment. 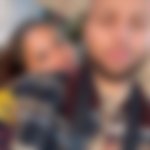 For the first time in seven years, Curry and Ayesha visited the White House, and Ayesha also posted on her social media. The White House visit was a great experience for Ayesha and she shared a few pictures after their trip. It was great for fans to see the series of pictures and the comments were filled with love and respect.

For these photos, she added a caption saying, “So grateful. @stephencurry30 I’m so proud of you my love. Today was one for the books.” There is no doubt that this couple is a fan favorite and fans love their journey through all their highs and lows.

As a couple, they are certainly an inspiration for their fans, celebrating each other’s victories and standing by each other through tough times.

What do you think about the pictures after seeing them? Feel free to share your thoughts in the comments section below.