Steph Curry and Klay Thompson, aka the Splash Brothers, will go down as one of the greatest duos in league history. The two put the league on notice with their skilled perimeter play, a tactic which most oppositions could not defend. 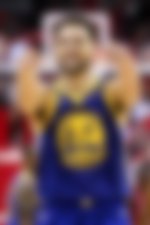 Thompson is a 41.9% career 3-pt shooter, with his best performance coming in Game 6 of the Western Conference Finals in 2016. The splash twin shot 11 3’s in a playoff-high 41 points to push the series to a Game 7 as the Warriors came back from 3 to 1 down.

Thompson missed the 2019-20 season as he suffered an ACL injury in Game 6 of the 2019 NBA Finals against the Toronto Raptors. Then, in an event that took the NBA by surprise, he also suffered an Achilles tear as he geared up for the start of the 2020-21 season, pushing his return ahead by another year!

In a recent interview, Warriors GM Bob Myers commented on Klay Thompson‘s Achilles rehabilitation process, as the Warriors look to make the journey to the promised land. Myers mentioned that Thompson crossed a major step in recovery by completing shooting drills at the Chase Center.

Following his current pace of recovery, DubNation can expect the Splash twin’s return between November and December 2021.

Myers further commented, saying – “I think we’ll have a better sense when training camp comes around and there’s a difference between if he’s playing 5-on-5, which we think he will be by then, and then playing in an NBA game.”

The Warriors will be pleased to see Klay return and will hope that he channels his old self on the court. Thompson is an underrated defender who has always been open to the challenge of guarding the best opposition players.

He is also a clutch playoff performer who has bailed Golden State out of multiple tough spots in the playoffs.

Commenting on the focus around Thompson’s return, Myers said – “If he comes back in December or November or January. Whenever it is, the key will have him ready come playoff time, or as ready as he can be. And then you’ve got something. So we’d love him to come back as soon as he can, the West is a monster.”

Franchise leader Steph Curry will also assess his own future depending on Thompson’s return. Curry will be eligible to sign an extension this off-season. And whether he believes in this current team as title contenders will affect his decision in future free agency.

Klay Thompson’s return comes as a welcome surprise for the Bay Area, who have been through 2 draining seasons.

With Klay’s return, the Golden State Warriors will immediately become title contenders for next season. A healthy Thompson, Curry, and Green, with pieces like Wiseman and Wiggins, will create a problem of plenty for Steve Kerr.

And with Golden State finally back to full strength, the battle for the West will again become the stuff of legend!