It’s been a year since we lost the Los Angeles Lakers legend, Kobe Bryant, his daughter Gianna and seven others in a helicopter crash. And the wounds still feel fresh.

Although Kobe was talked about throughout the year, his one year death anniversary was the day that people talked most about their memories with him.

However, there is not a single day his wife Vanessa Bryant doesn’t share something about Kobe. And on this Valentine’s day, she once again expressed how much she misses him, just like last year.

Vanessa doesn’t miss a chance to share the special moments she spent with Kobe and their daughter Gigi. Even on their eldest daughter’s birthday, Vanessa shared most of Kobe and Natalie’s pictures together.

Now, this is the second year of Kobe not being here on Valentine’s Day, and Vanessa celebrated their special day to cherish his memory. Last time as well, she had posted a picture of the two of them in which Vanessa was sitting on his lap and Kobe was hugging her.

This year too, she posted a throwback picture of the two of them on Instagram. The caption read, “Happy Valentine’s Day Boo-Boo. I love you for now, forever and always.”.

Not only that, but she continued Kobe’s tradition by ordering roses for their daughters this year. 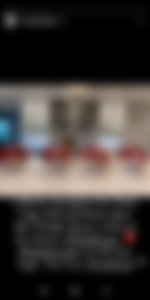 She also shared another picture of her giving Kobe roses when she was picking him up from the airport.

When did Vanessa and Kobe Bryant meet?

The two of them had met back in 1999 during a video shoot, and Vanessa was the backup dancer for it. As soon as Vanessa turned 18, the two of them tied the knot in 2001.

However, Kobe’s parents did not show up and showed their disapproval. It was after their first daughter was born that his parents came around and reconciled.

Their family expanded when Gianna was born, but 2011 was a rough year for the two. Vanessa had filed for divorce and had requested the custody of both of their daughters. Two years later, the two were back together, trying to make it work. Ever since, they have been inseparable.

All these posts are a reminder of how much they loved and cherished each other. While Kobe’s fans and teammates do miss him, nobody can fathom how his family is still dealing with this loss.

Although, it looks like Vanessa and their children are in a good place and only thinking of the great moments they spent with the Mamba.