The Golden State Warriors missed out on the Playoffs for the second time in a row as they crashed out of the play-in tournament. Going up against a deep and young Memphis Grizzlies team, the Dubs were favorites in this eliminator.

Given how they performed against the Lakers, the Warriors could have trounced the Grizzlies if they maintained the same form.

Despite Curry maintaining his electrifying form and putting up 39 points in this match-up, the Dubs saw players like Kent Bazemore and Andrew Wiggins underperform in this game, which ultimately was the deciding factor between the two teams.

With their latest 117-112 loss at the hands of Grizzlies, the Warriors end their season without making a post-season run but certainly with multiple positives.

Klay Thompson reacts to Warriors’ loss at the hands of Grizzlies

One of the biggest misses for the Dubs was the 2-way beast Klay Thompson. After suffering from an ACL tear, the 30-year-old was set to make his return this season.

But tragedy struck Thompson yet again as he ruptured his Achilles before the start of the season. He might not be on the court but was a constant on the sidelines, cheering for his teammates. The play-in game was no different.

After their latest loss at the hands of the Grizzlies, Thompson took to social media and gave a resounding message of him and his team making a huge comeback next season.

The 4-time All-Star wrote, “While our season comes to an end, mines just getting started and I’ve never been hungrier…. We ain’t done.” 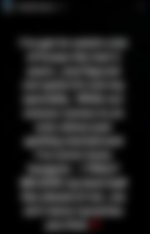 Thompson added, “We fought thru a lot of adversity and it will pay dividends next season when we make another run for it.” 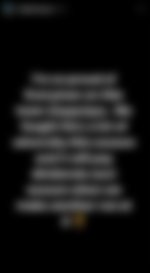 Despite the Dubs not making a post-season run, there is no denying that the season hasn’t had its fair share of positives for the team.

Be it the emergence of Andrew Wiggins as a great defender or be it Jordan Poole becoming a great sixth man option for the Dubs.

This Warriors team had put up some big-time performances despite missing some of their most important players. If Klay returns in his prime form and the Warriors could put up some more seasoned and consistent veterans, they will be unstoppable in the Western Conference and could easily compete for the championship.

Do you think the Warriors will make it to the Finals next year? Will Steph Curry and Klay Thompson win one more championship?