CoronaVirus has affected big names from the NBA community. A lot of cases are going unnoticed just because the patients are unnamed faces. Treatment is not a big thing for the players, financially speaking. However, those who do not get paid in millions, face a lot of problems moneywise, especially since the NBA has cancelled the season. At a time like this, a messiah is necessary. While everyone is busy panicking, Kevin Love emerged as the aforementioned messiah. 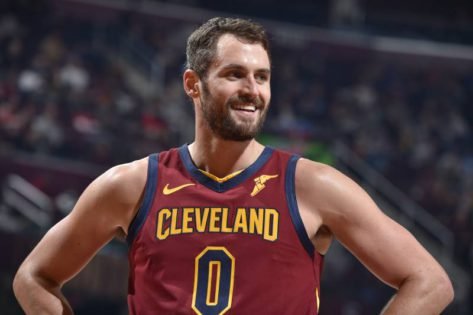 Cleveland Cavaliers forward Kevin Love pledged $100000 donation for the workers and support staff at Quicken Loans Arena who were impacted by this crisis with an Instagram post on Thursday.

Everyone reacts differently to stressful situations. And the fear and anxiety resulting from the recent outbreak of COVID-19 can be extremely overwhelming. Through the game of basketball, we've been able to address major issues and stand together as a progressive league that cares about the players, the fans, and the communities where we work. I'm concerned about the level of anxiety that everyone is feeling and that is why I'm committing $100,000 through the @KevinLoveFund in support of the @Cavs arena and support staff that had a sudden life shift due to the suspension of the NBA season. I hope that during this time of crisis, others will join me in supporting our communities. Pandemics are not just a medical phenomenon. They affect individuals and society on so many levels, with stigma and xenophobia being just two aspects of the impact of a pandemic outbreak. It's important to know that those with a mental illness may be vulnerable to the effects of widespread panic and threat. Be kind to one another. Be understanding of their fears, regardless if you don't feel the same. Be safe and make informed decisions during this time. And I encourage everyone to take care of themselves and to reach out to others in need — whether that means supporting your local charities that are canceling events, or checking in on your colleagues and family.

People in power to the rescue

Love is now a part of a growing list of NBA figures that have vowed to help arena workers and support staff. Mavericks owner Mark Cuban said he is finalizing details on how to help its behind-the-scenes employees. This may include volunteer work in exchange for a continuous paycheck. This would come as an important move as the season has been cancelled.

“I reached out to the folks at the arena and our folks at the Mavs to find out what it would cost to financially support people who aren’t going to be able to come to work — you know, they get paid by the hour, and this is their source of income,” Cuban said during a press conference Wednesday.

Cuban was the first owner to promise wages to arena staff, “We’ll do some things there. We may ask them to go do some volunteer work in exchange, but we’ve already started the process of having a program in place. I don’t have any details to give, but it’s certainly something that’s important to me.”

Cleveland Cavaliers thanked Love for his generosity. They also mentioned that they are going to pay all their staff as if every game were taking place. Which means all the non-playing support staff will receive their paycheck as if nothing happened.

Thank you @kevinlove — coming through in the clutch 🙏

We’re behind you, as we also announced earlier today that we are compensating all of our @RMFieldHouse hourly and event staff team members as if every game and every event is still taking place!

We hope people in power continue to come up to help the supporting staff and pray for everyone’s fast recovery.