Beef in the NBA league is not uncommon. However, with no games being conducted, it is surprising when two teams get worked up. Even though franchises always trash talk one another, this time around,  the Miami Heat really burnt up the New York Knicks’ toast.

The New York Knicks recently shared a throwback video from 2011 on Twitter. The video highlighted some of the best defensive moves and blocks from a game against Miami Heat. The team’s official account posted this video with the caption ‘ (2011) STAT. CLUTCH #KnicksFlashback ‘

Immediately after the Knicks posted this tweet, Miami Heat’s official account heated up. It seems that the Heat has just as many fire offensive moves and makes to show off as the Knicks has defensive, if not more.

Is the Heat starting a twitter war with the New York Knicks? 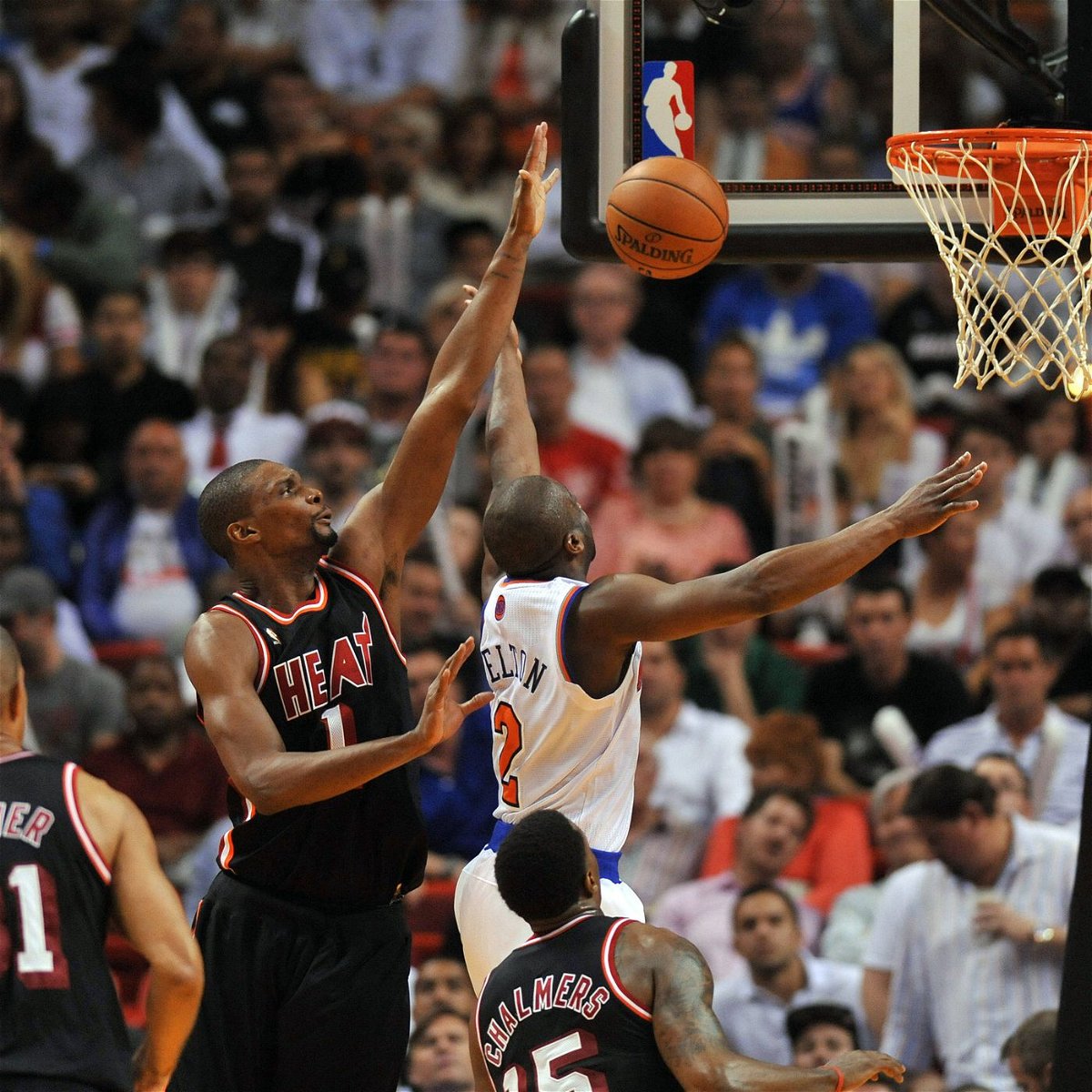 The Heat posted a video from 2009 consisting of some fire highlights wherein the Heat players were just shooting and scoring. These were the golden times of LeBron James and Dwyane Wade with the Heat. Hence, one may imagine how good that game was.

They lost that matchup 86-91 to the Knicks in the 2011 game. However, the Heat knew it had had  good times too. Hence, they posted the clip to try and roast the Knicks with the caption, ‘ hey @nyknicks don’t forget to tweet about the time @DwyaneWade  dropped 55 on ya (4/12/09) #MV3 #KnicksFLASHback (btw love the hashtag)’

hey @nyknicks don't forget to tweet about the time @DwyaneWade dropped 55 on ya (4/12/09) #MV3#KnicksFLASHback (btw love the hashtag) pic.twitter.com/FpNyOifRNU

The Heat was reminding the Knicks of the time in 2009 when Dwayne Wade marked a  career-high scoring at the peak of his powers in 2009. He dropped 55 points against the New York Knicks while shooting an efficient 19-for-30 from the field.

Now, we’re not sure if the Knicks were trying to insinuate the Heat. However, when they used the hashtag #knicksFlashback as #knicksFLASHback, it does seem as if the Miami Heat took things a little personally.

Miami Heat, if you’re trying to start a Twitter war, good for you. Knicks, you’re on the receiving end and the Heat has a lot to take out of their amazing highlights vault, so, all the best.

“I Actually Carried a Gun for Two Years”: Paul Pierce Recalls the Horrors of Being Stabbed at a Night Club