The NBA off-season is up and running. The champions, the Los Angeles Lakers, will be wary of the increasing competition in the West. They will be trying to bolster their squad to have an edge over their competitors. Many Lakers’ players are entering free agency. One of them is Rajon Rondo, and he has entered unrestricted free agency. Multiple reports have emerged that the Los Angeles Clippers and the Hawks are interested in him.

The Lakers, meanwhile, have made their mark on the market. Earlier it was reported that the Lakers were trading for Thunder’s point guard Dennis Schroder.  Schroder’s arrival to the Lakers will mean that the team expects Rondo to not re-sign with them.

ESPN’s Frank Isola recently reported that the Atlanta Hawks were putting up an offer for Rondo. Isola tweeted, “Rajon Rondo is expected to receive a significant offer from the Atlanta Hawks ($15 million for two years guaranteed) but according to a source, Rondo remains focused on potentially joining the Clippers. He could possibly get the mid-level from LAC.”

Rajon Rondo is expected to receive a significant offer from the Atlanta Hawks ($15 million for two years guaranteed) but according to a source, Rondo remains focused on potentially joining the Clippers. He could possibly get the mid-level from LAC.

Why Rondo going to Clippers makes no sense

On the surface, the Clippers might seem like a good option for Rondo, but they actually aren’t. The Clippers are looking for a starting point-guard. While Rondo, 34, might still be able to do that, it will certainly an enormous burden on his shoulder.

The 2-time NBA champion will also be getting a mid-level salary from the Clippers. Considering what he has already achieved, the money they might be offering might not satisfy him.

The Clippers lack a vocal leader. Both Kawhi Leonard and Paul George aren’t vocal, while Rondo is a volatile leader. The 4-time All-Star has had a history of exploding at his teammates, and the Clippers might be subject to the same. With such a leader, the team might be under a lot of pressure.

The Clippers are a team who haven’t handled pressure well in the past. With Rondo’s antics, the situation could get worse for them.

Why Rondo to the Hawks makes more sense

The Atlanta Hawks have a bunch of great young players like Trae Young, John Collins, Kevin Huerter and DeAndre Hunter to name a few.

This season, the Hawks veteran star, Vince Carter retired. Signing Rondo would be the perfect replacement for them. The 4-time All-Star has been in the NBA for 16 seasons now and has played with multiple teams. 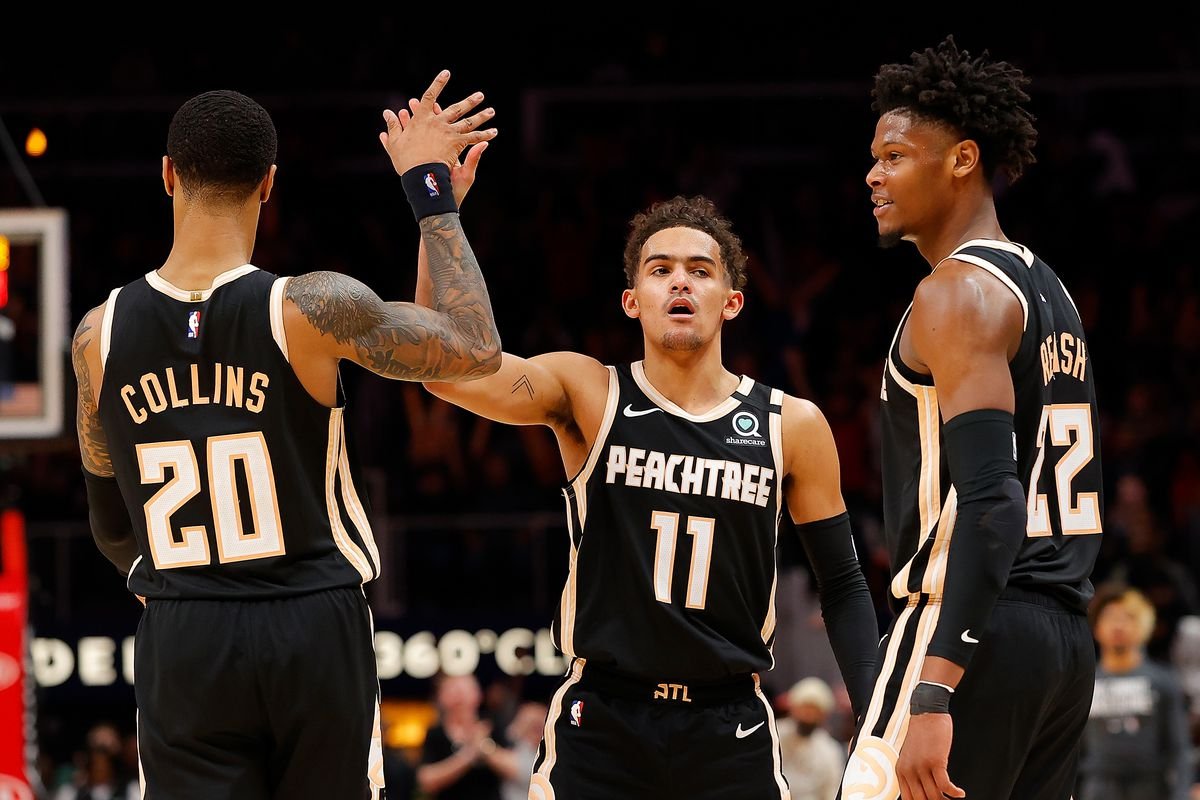 Trae Young can use someone like Rondo. Up until this point, Young has proved his scoring prowess, and he can learn a lot about passing from a veteran like Rondo since he is regarded as a high basketball-IQ player. Young will certainly  be keen on learning from the champion.

The Hawks are reportedly offering a salary of $15 million for two years for Rondo. That’s nearly three times what the Lakers gave him last season. At 34, the 3-time assists champion probably has this last chance to get his big payday and the Hawks deal is certainly that.

There are more than enough reasons Rondo to go to the Hawks. But if Rajon Rondo wants the elusive third championship, he might join the Clippers.

How Does the Atlanta Hawks’ Starting Line-up Look Like For The 2020-21 Season?