Some NBA teams sure get lucky. Unfortunately, at the expense of some of their best players. Draymond Green recently talked about how Stephen Curry and Scottie Pippen became underpaid stars.

How Stephen Curry lived off of a  rookie contract

“I think the best two teams ever in the NBA, (are) built on bad contracts,” Green said. “Scottie Pippen’s contract is fu****g horrible, but I’m not sure his contract was any worse than Steph’s contract.”

“No one is gonna say it because he was making $11 million, I’m not a math guy, but I’d be interested in knowing how that adds up, or how that’s comparable to Scottie’s deal with what the money was back then.”

“Me, as a teammate, if Scottie Pippen does that, I’m not going to be mad at Pip.”@Money23Green weighs in on Scottie’s contract situation & much more w/ @mavcarter & @pr_rwtw on the first edition of WRTS: After Party: https://t.co/0G4ldwQr75 pic.twitter.com/gc9zom8jxu

Thankfully, now Curry is the only player in the NBA with a $200 million contract in the NBA.

There was a point when even LeBron James believed that Curry was underpaid for his efforts and dedication towards the Warriors.

So tell me again why there's a cap on how much a player should get?? Don't answer that. Steph should be getting 400M this summer 5yrs. #JMTs https://t.co/jMYfI0umWK

Similarly, Scottie Pippen, considered the second best player in the NBA during his prime years, also had a bad contract.

The five-year, $18 million contract Pippen signed in 1991 went down as one of the more underpaying contracts in NBA history. As depicted in ‘The Last Dance,’ Pippen was No. 122 in NBA salary during the 1997-98 season.

He was the sixth-highest paid player in Chicago that final year, earning $2,775,000.

Owner Jerry Reinsdorf and general manager Jerry Krause refused to renegotiate the deal when the salary cap grew. They didn’t take advantage of his minuscule cap number to put championship rosters around Pippen and Michael Jordan. These agitations made sure Pippen eventually left the Bulls in a 1999 sign-and-trade with the Houston Rockets.

The Bulls underpaid Pippen for so long because the modern rules that protect both owners and players from bad contracts did not exist in 1991.

How Pippen and Steph shaped their teams

Scottie Pippen was the best player in the NBA when Michael Jordan was on his baseball indulgence. 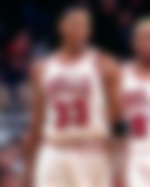 Bulls’ chairman in the 1990s, Jerry Reinsdorf once said, “Michael couldn’t have done it by himself. The rest of the players and Michael would not have been enough. It took scottie to put us over the top those six times.”

“His rookie season, you could see that he had talent, but he didn’t look like he was going to be a star,” Reinsdorf recalled.

It is always said that Pippen never won a championship without Michael Jordan. However, Jordan never won any without Pippen.

When Jordan abruptly announced his retirement, suddenly a heavy burden was placed upon Pippen’s shoulders. The seven-time NBA All-Star was quick to act and took on a leadership role unlike ever before. He lead his team to a 55-27 regular season record and deep into the playoffs.

Unfortunately, controversies surrounding Pippens underpayment made him demand a trade.

As history proves, Stephen Curry was too good for that first contract. He has two MVPs and lead the Warriors to three NBA championship while shattering personal records. At 32 years old, Curry is considered the best shooter the league has ever seen.