The Housten Rockets played against the Memphis Grizzlies on Wednesday. The Rockets scored 140 points. James Harden, Robert Covington and Russel Westbrook‘s performances were highlights of the game, all for different reasons.

James Harden at a loss of words 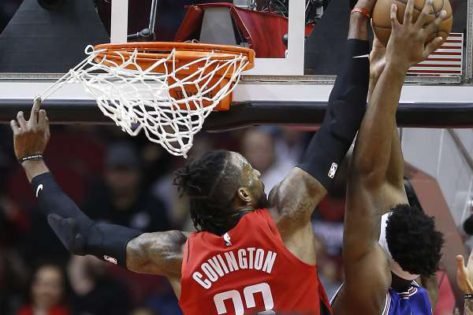 In the third quarter of the game, Robert Covington left James Harden speechless. Covington got an opportunity to sink a dunk and he not-so-gracefully missed it. Harden was seen stupefied for a few seconds. He then exaggerated his reaction.

He might have done that to lighten up the mood as Covington, harden and others started laughing at the incidence. Harden’s priceless reaction made almost everyone who saw him, laugh. 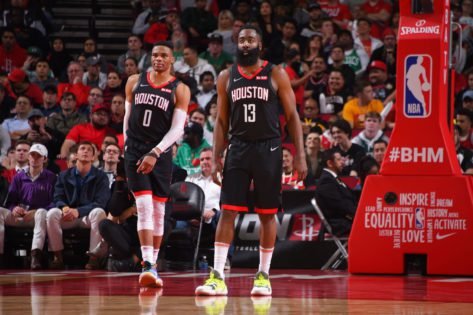 Russell Westbrook and James Harden combined for 63 points as the Rockets sailed to their fifth straight win, 140-112 over the Memphis Grizzlies on Wednesday.

Westbrook also had nine rebounds and eight assists after missing Monday’s game with a sore thumb. It was his second straight 30-point game and fourth in his last five.

Harden piled up 30 points without playing in the fourth quarter and Westbrook, who had 33, sat down for good with about six minutes left. The duo had 46 points by halftime as Houston built a 73-47 lead. Harden hit seven 3-pointers on a night when the Rockets made 23 of 50 from long range.

Although the Rockets let up a bit on defense with a huge lead after halftime, coach Mike D’Antoni raved about his team’s effort before the break.

“It was just very good activity getting in lanes,” D’Antoni said. “Our defense, rebounding, boxing out, everything in that first half was just really good.”

Added Harden: “We’re finally getting there defensively and that’s what it’s going to take for us to win games. … If we want to get to where we want to go we have to engage and lock in on the defensive end, and we did that.”

Houston’s winning streak started in the game before the All-Star break, and the Rockets have scored 120 points or more in all four wins since then, beating Golden State, Utah and New York before Wednesday’s rout.