When NBA players have a weak point, they usually try to work on them. The NBA community supports their players in this regard as well. However, some clever minds use these weak points to their advantage. Shaquille O’Neal was the center of one such incident, where his disadvantage got famously exploited.

NBA legend Shaquille O’Neal is the root cause for the evolution of the game. Many modifications in the NBA are a result of his unorthodox playing tactics. From changing the rules to the remaking of the hoop, Shaq caused quite a ruckus in his days.

First, Shaq would pull so hard after dunking that the entire backboard would come down. After this happened a few times, the league changed the materials of backboards.

Later, Shaq made the league bring in some rule changes. Thanks to him, the NBA witnessed arguably the biggest rule change in history, the Zone Defense. This kind of defense was illegal until Shaq started dominating. Then, it became difficult to guard him using man-to-man defense. Hence, the league had no choice but to legalize it.

Talking about Shaq and rules, he caused changes in one rule that is now popularized as “Hack -a-Shaq”. The change meant players couldn’t purposely foul opposing players who didn’t have the ball in their hands during the last 2 minutes of the game.

Otherwise, the opposing teams would get 2 free throws and the ball. Shaq became a victim of the Hack-a-Shaq strategy. The opposition fouled him because of his poor free throw percentage.

Shaq’s bad free throws are a joke in the NBA community. During his entire career, Shaq made an average of a mere 52.7% of his free throws per game.

Origin of the Hack-a-Shaq and its progress

The Hack-a-Shaq technique was first used as an actual tactic back in 1997 by Don Nelson, the coach of the Dallas Mavericks. He told one of his players, Bubba Wells, that he must foul Dennis Rodman intentionally. Nelson wanted Wells to do it regardless of whether he had the ball.

The move would send him to the free throw line. In that game, this new tactic didn’t work out, as Rodman made 9 out of 12 free throws, even though his normal FT percentage was below 40 percent. Two years later, in 1999, Nelson gave it another go, with Shaquille O’Neal as the victim. The move worked, and a new tactic birthed. 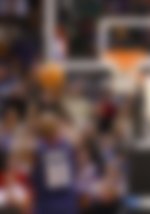 When Shaquille O’Neal retired in 2011, it didn’t mean that the days of the Hack-a-Shaq were over. There were still several players in the NBA that were terrible free throw shooters, and many more to come.  Dwight Howard, DeAndre Jordan and Andre Drummond were/ are few such shooters who may fall victim to the tactic.

Thankfully, in 2016, the NBA made some changes to the rules. The changes made sure the amount of Hack-a-Shaq’s in a game were limited. The reformations made sure the game would speed up and become more interesting for fans.