Most Idiotic and Outrageous Race Starts in Formula 1

For a man of the stature of LeBron James, one might always wonder about the place he lives. He is certainly one of the all time greatest as far as Basketball is considered.

With a net worth of $450 million, the general expectations on the house of LeBron James should be high.

How many Houses does LeBron James own?

Lebron, needless to say, maintains more than just one property. In fact, Lebron’s estate in Akron, Ohio nearly takes up half the state. And of course, he still owns a second Brentwood property: a $20 million estate he snagged just two years ago.

During his time with Miami Heat, James lived in Coconut Grove, South Florida. After he returned to Cleveland, the home he lived in Miami was sold for $13.4 million in 2015.

So, where does LeBron James live? 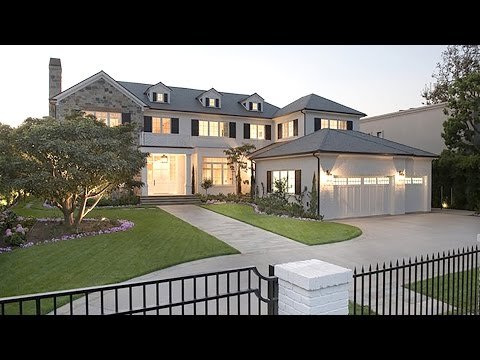 In 2017, prior to moving to Los Angeles from Cleveland, Lebron James brought a mansion in Brentwood, Los Angeles spread over a vast area of 15,846 square feet. The $ 23 million worth masterpiece in California has eight bedrooms, with the main bedroom featuring it’s very own private patio terrace. And if you are, by any chance imagining, there are as many as 11 bathrooms in the home.

The mansion has an onyx bar where gatherings for friends and family could be held. And what’s more, there’s also a wine cellar! As if there isn’t enough space to chill out and relax already, the home also has a game room with a pool table, a cigar room and a home theatre with deluxe sofa seating.

On the outside,the house, needless to say, has a huge portico with marble flooring overlooking a grassy yard. There is a huge outdoor pool and a spa, both situated close to the outdoor kitchen which has a barbeque and beer tap. The outside of LeBron James’s house also has a huge parking space which is necessary for his grand collection of cars.

LeBron James has a home in Ohio is located in Summit County just northwest of Akron, where used to live during his time in Cleveland. It is another huge mansion with a sports bar, home theatre recording studio, and a bowling alley, apart from six bedrooms and eight bathrooms.The mansion is spread over an area of 7 acres. It was actually developed by James after he had bought it in 2003.

“Not Only on the Basketball Side”: Former Celtics Star Finds a Unique Way to Pick Between LeBron James & Michael Jordan

“He Likes Taking the Challenge”: Who Was the Best Defender Kobe Bryant Ever Faced?

“All The Black People in New Orleans Support You”: Stephen Jackson Lashes Out At Drew Brees Over His statement