Zion Williamson and LeBron James prepare to face each other for the first time on Tuesday night.

The Lakers and Pelicans have been locked in a weird sort of shadow rivalry for a couple of years now, from the precise moment the Lakers started pursuing Anthony Davis.

Beyond the natural athleticism and talent, he has that extra quality that generally accompanies greatness. He’s mature beyond his years, seems to always be in the right place at the right time and has already commanded the respect of teammates 10 years his senior. 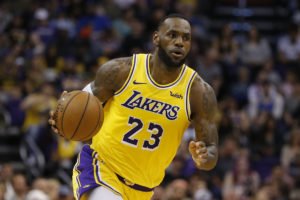 This describes LeBron James, arguably the most anticipated rookie in league history, in his first professional game against the Sacramento Kings back in 2003.

Rookie Williamson is the current coach and fan favourite

“I don’t even know how to describe it, really. I’ve been around a lot of guys and been in this league for a lot of things, but just everywhere we go — every hotel, every arena, every restaurant — they want to see him,” Pelicans coach Alvin Gentry said about Williamson.

He continued, “And I think because he’s very approachable, very accessible — you know, he doesn’t mind, he’ll stop and try to sign autographs, but obviously he can’t do that every single time, but he’s just a good kid. He’s a good kid and he’s enjoying himself.” 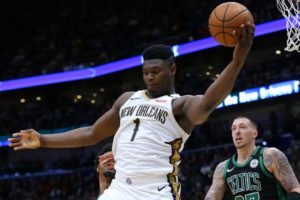 Then there’s the size, strength and athleticism. LeBron entered the league at 18 years old, and fans marvelled at his NBA-ready body. He was a full 6-foot-8 with guard skills, at a chiselled 240 pounds. If you were going to build a professional basketball player in a lab, their dimensions would probably come out looking a lot like LeBron James.

Zion is a different beast. Coming into the league as a 19-year-old at an unheard of 284 pounds packed into a 6-foot-6 frame. His physique is not sculpted like a bodybuilder’s, but more akin to a World’s Strongest Man competitor. He is not overly defined but not flabby, just big and strong in the truest sense of the words. People at that size shouldn’t be able to jump as high or move as quickly as Williamson does, and it’s hard to think of a player since James who has come into the league more physically ready with that level of skill.

Williamson’s strength, size and athleticism stand out when you watch him play. However, his basketball IQ and feel for the game separate him from other elite athletes who enter the league

The upcoming match-up; LeBron vs. Zion Williamson is being called a battle of NBA Past vs. NBA Future. This gives it a tidy narrative frame. However, it’s probably more accurate to say NBA Past, Present, and Short-Term Future vs. NBA Medium- and Long-Term Future.

Where Does Lebron James Live? All That We Know About His Massive and Luxurious Villa

NBA Throwback: A Fitting Battle Between a Young Kobe Bryant and Michael Jordan

Carmelo Anthony Reveals the Time He Got Mad at Kobe Bryant