“One of the Relationships That I’m Proud Of”: Dwyane Wade Talks About His Friendship With Kobe Bryant

Many NBA players who get paired against each other share some kind of rivalry. However, former NBA star Dwyane Wade and the late Lakers legend Kobe Bryant shared a beautiful relationship off the court.

How Dwyane Wade built a relationship with Kobe Bryant

Miami Heat star Dwyane Wade recently joined Bleacher Report’s Live AMA session. He answered a few questions posed to him by fans. The questions included topics like Wade’s top 5 NBA players of all time, the favorite game of his career, and his Wine Down.

One fan asked him about the relationship he shared with Kobe Bryant.

Talking about how their relationship came to be, Wade said, “I built one.” Wade’s words implied that their liaison wasn’t natural.

Confirming the same, Wade explained, “Early on, Kobe didn’t have a lot of relationships. I got a chance to build one with the respect of Kobe.”

Further talking about what the nature of their relation was, the 38-year-old said, “I could call him anytime and vice versa. That’s one of the relationships that I’m proud of. To be able to have one with one of my fave players of all time was special,”  Wade explained.

In his early days, the NBA community knew Kobe as the distant star who played amazingly well. He was competitive throughout his career and has unbelievable achievements under his belt.

However, towards the end of his career, Kobe began softening up towards his peers, especially the youngsters. Eventually, he welcomed becoming a mentor to the rookies entering the league.

How Kobe’s impact on Dwyane Wade 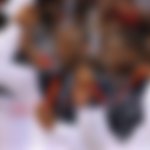 Wade also had the pleasure of being Kobe’s teammate with Team USA in the 2008 Summer Olympics. The community considered the duo as the two best shooting guards in the NBA during the height of their powers.

When Wade retired at the end of the 2018-19 season, he revealed a few words Kobe said to him. “Kobe said the most important thing is to try to inspire others so they could be great in whatever they choose to do. I hope I’ve inspired all of you. Thank you for making me a part of your legacy. Please know you are a huge part of mine.”

Kobe had made a huge impact on Wade’s life. Unfortunately, the NBA legend died in a tragic helicopter crash on January 26, 2020, along with his daughter Gianna and seven others present on board.