“We Need Dwight”: Los Angeles Lakers Teammate Calls for Dwight Howard Amidst Uncertainty Over His Availability

The Memphis Grizzlies will dearly look to hang on to their eighth spot in the Western Conference. When the NBA restarts, it will be a mammoth task for them to hold on to what they have as other teams like the Blazers and the Pelicans would be looking to steal the spot from the Grizzlies. If the team should have hopes of making it to their first postseason appearance since 2017, they need Ja Morant to be on top of his game.

Ja has proved to be a sensational talent so far. The #2 pick in the 2019 NBA Draft is certainly a baller for the future. When Zion landed in ahead of Morant, fans were eager to watch the former display his skill-set on the court. But, Morant showed us that he is truly a serious talent by carrying the Grizzlies team on several occasions.

21-year-old Ja Morant has captured the eyes of NBA analysts and has dazzled them into saying that he deserves to be the 2020 Rookie of the Year. Of course, the statements are backed up by proper evidence to strengthen the case.

Kendrick Perkins recently spoke out on ESPN’s First Take about why Ja Morant deserves the RoY award more that Zion Williamson. What does the 2008 NBA champion see in Morant for him to overtake Zion and win the prestigious award? 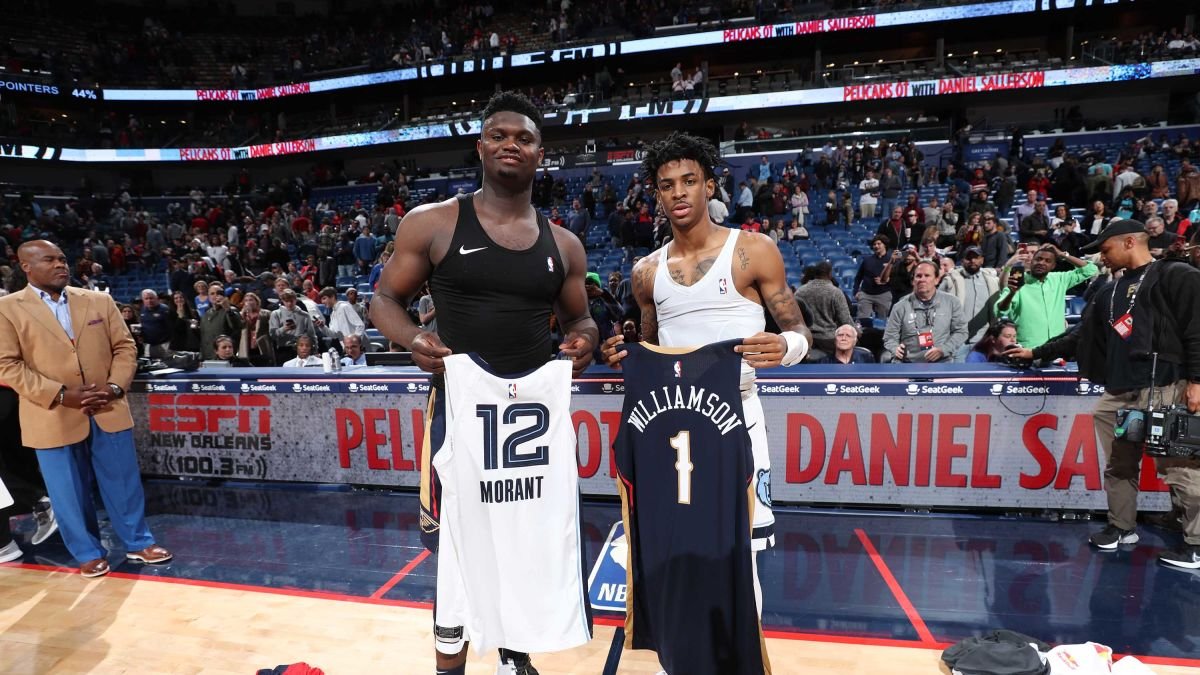 “When you look at Ja Morant, this kid is a generational talent,” he continued. “He’s a combination of Kyrie Irving, Russell Westbrook with dimes like Rajon Rondo and we’ve never seen a guy like this – not a guy at this age to take over a franchise with the leadership that he’s doing.”

Though Perkins did not disregard Zion as an equally talented player, the Pelicans rookie only played 19 games due to injuries stopping him from showcasing his talents. “I don’t even care what happens down there in the bubble,” Perkins stated. “Zion could go down there and ball it out. But guess what? Ja Morant ain’t letting down the gas.”

Both the rookies have had an amazing season, but Zion a little less than Ja Morant. A recurring knee injury has hindered Zion from competing regularly, but the 19-year-old is here to stay and we are definitely going to see more of him in the coming years.

As for Morant, explosiveness is the word. Within a second, the young point guard can rip through the defense and posterize his opponent. In 59 games Morant averages, 17.6 points and 6.9 assists per game. A truly generational talent. Hope we get to see these two face off in fierce matchups in the future.

NBA Race For Playoffs: Which Western Conference Team Will Clinch The 8th Seed?