What is the biggest honor that can be bestowed upon any NBA Player? Yes, it’s being addressed as the Greatest of All Time, popularly known as the G.O.A.T. Fans have held several debates over decades about who is NBA’s GOAT. Eventually, the conversation revolves around a select few players- LeBron James, Kobe Bryant, Michael Jordan, and Kareem Abdul-Jabbar. However, one particular former NBA player has shared a fresh perspective on this ever-lasting topic.

In an interview with Talk Basket, Rony Seikaly discussed several themes, even touching upon the GOAT. The question thrown at him was, “Is there really a GOAT debate for you or does Michael Jordan win all competition by default?”. While most people favor Jordan, Rony explained why it’s not fair for other players to be compared to him.

“The GOAT debate is something that people have fun with, but when you’re comparing two great players of two different eras, it’s very difficult to make a call. We’re talking about two immensely talented players and we can go back and forth on who’s better, depending on whether you’re a fan of the 90s or of today.

“If you’re the latter, you probably don’t know what Michael Jordan did in the 90s and you would automatically think that LeBron James is the best player. If you grew up watching Kobe Bryant, you’d think that he’s the GOAT.” 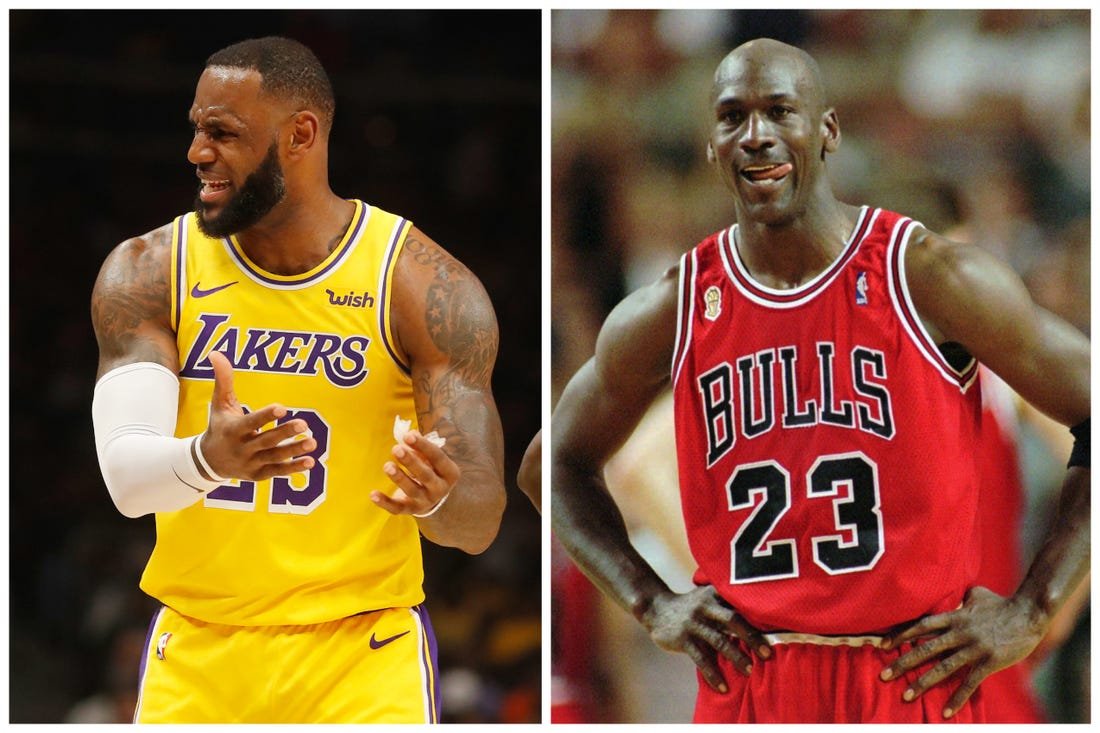 Each player has a unique set of skills they bring to the table. They are legends because of what they have contributed to the franchise, and a comparison is not the way to go about it.

Rony Seikaly has a personal favorite in Michael Jordan

Ironically enough, the former Miami Heat player established his inclination towards Legendary Michael Jordan. He narrated, “The debate is endless, but the only reason I’d give the nod to Michael Jordan is because he had more of an assassin mentality. If he smelled a little bit of blood, he would come after you, and you were finished. It’s always the same with Mike Tyson. He was like a shark.

“LeBron is an extremely talented player, just as talented as Michael, but sometimes he’s more of a Magic Johnson when he has the ball; more of a facilitator and less of a finisher, like Michael Jordan was.”

There is nobody who would deny the title to Jordan. He will forever remain an All-Time favorite for players and fans combined. He is a class apart and is an inspiration to every individual who has seen him thrive on the court.

“Not Like Kevin Durant or LeBron James” – Why Bucks Remain Confident of Re-signing Giannis, Per NBA Insider

“Durant and Klay, They are Not Built Like Him”: LaVar Ball on What Makes LeBron James Different