It has almost been a week since Trae Young left Octagon. After his agent, Omar Wilkes, became the head of basketball operations at Klutch Sports, Young followed him to the organization. He joined an elite list of players including LeBron James and Ben Simmons, who have been associated with Klutch Sports for a long time now.

This move gave rise to a few rumors about him joining LeBron’s Los Angeles Lakers. However, Young’s father, Rayford, has quashed these rumors. In a conversation with Chris Kirschner of The Athletic, he said, “I wish people would look at his history. He’s never been a follower. This whole thing with Klutch never had anything to do with going to play with the Lakers one day. They have a lot of people on their roster who aren’t with the Lakers.”

Will Trae Young be a franchise player in Atlanta or move away?

Young’s father also talked about how his son has always exceeded expectations. “When he won the Nike EYBL Peach Jam, he could have (gone) to a super team after that. He turned down going to Oak Hill Academy, which is one of the top prep schools. People told him that he wouldn’t be an All-American if he went to a local high school in Oklahoma. (But) he averaged 44 points his senior year and was an All-American.”

After arriving at Atlanta, Young was immediately one of the two best players at the Hawks alongside John Collins. He finished second in the Rookie of the Year voting last year after putting up 19 points and 8 assists per game. This season he took his offensive production to a whole new level as he averaged 29 points and 9 assists and became an All-Star starter in just his sophomore year. 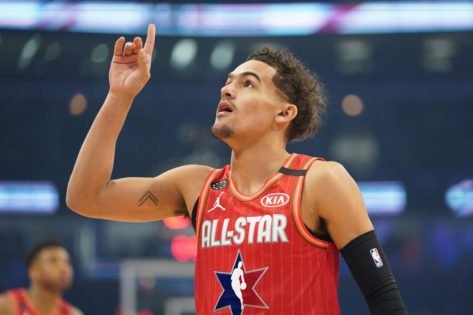 Young has the talent and the potential to be a superstar. His only weakness now is that he is often a defensive liability, but with time he will improve on that. The Hawks are already building a solid young core around him with De’Andre Hunter, Cam Reddish, Kevin Huerter, and John Collins. They also acquired an experienced center in Clint Capela via trade this season to guide the youngsters. 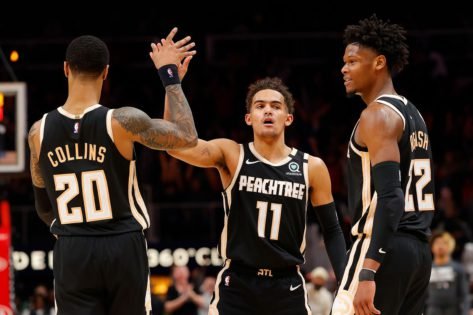 With him being eligible for a max extension in 2021, he looks set to be in Atlanta as their star for the future.

LeBron James’ Most Inspiring Quotes About Life and Basketball