Los Angeles Lakers outshined the Orlando Magic to emerge victorious in their second scrimmage game. Though there were many takeaways from the game, an intriguing moment from the game caught the eye of NBA veteran Kendrick Perkins.

The Lakers found their spark in the game against Magic and got a 119-112 victory. Though it was not straight forward, Kyle Kuzma and LeBron James pushed the Lakers toward the finish line with noteworthy performances.

The Lakers looked comfortable right from the tip-off. Though they lost their defensive stronghold in the third quarter, they took control in the final few minutes of the game to dominate. J. R. Smith is definitely a valuable addition to the team, considering his vast experience in the NBA.

Smith played 21 minutes in the Magic game and managed to record six points, three rebounds, and one assist. During a moment in the fourth quarter, the 34-year-old attempted to drop a two-pointer with a quick step-back but lost his balance and the shot failed to go in.

Smith was trying to dribble past Terrence Ross and showcased his quick handles, but a heavily contested shot saw him lose balance and fall to the ground. Now, Kendrick Perkins thinks that it should have clearly been a foul in favor of Smith. The 2008 NBA champion posted the video of the play on twitter stating his argument on the issue.

So everybody is going to act like this wasn’t a foul right? I thought a player was supposed to be able to land? Trying to find every reason to Clown this man but I’m Here for it! https://t.co/rjpcl90y2W

“Trying to find every reason to Clown this man but I’m Here for it!” Perkins wrote on his twitter. J. R. Smith does look incredibly fit and capable of being a solid role player for the Lakers. The services of Dion Waiters and J. R. Smith will prove to be an important addition to the team once the regular season kickstarts.

The city of Los Angeles is anticipating a title this year

Well, when it comes to the NBA, the beautiful city of Los Angeles is divided. There are two sets of fans. On one hand, you have the faithful Laker fans, while on the other, you can find fans rooting for the LA Clippers.

These two teams will battle it out in their conference for a place in the NBA finals. The Lakers and the Clippers have been the two best teams in the West. The Clippers are just behind the Lakers in the western conference table and would likely qualify for the playoffs as the second seed. 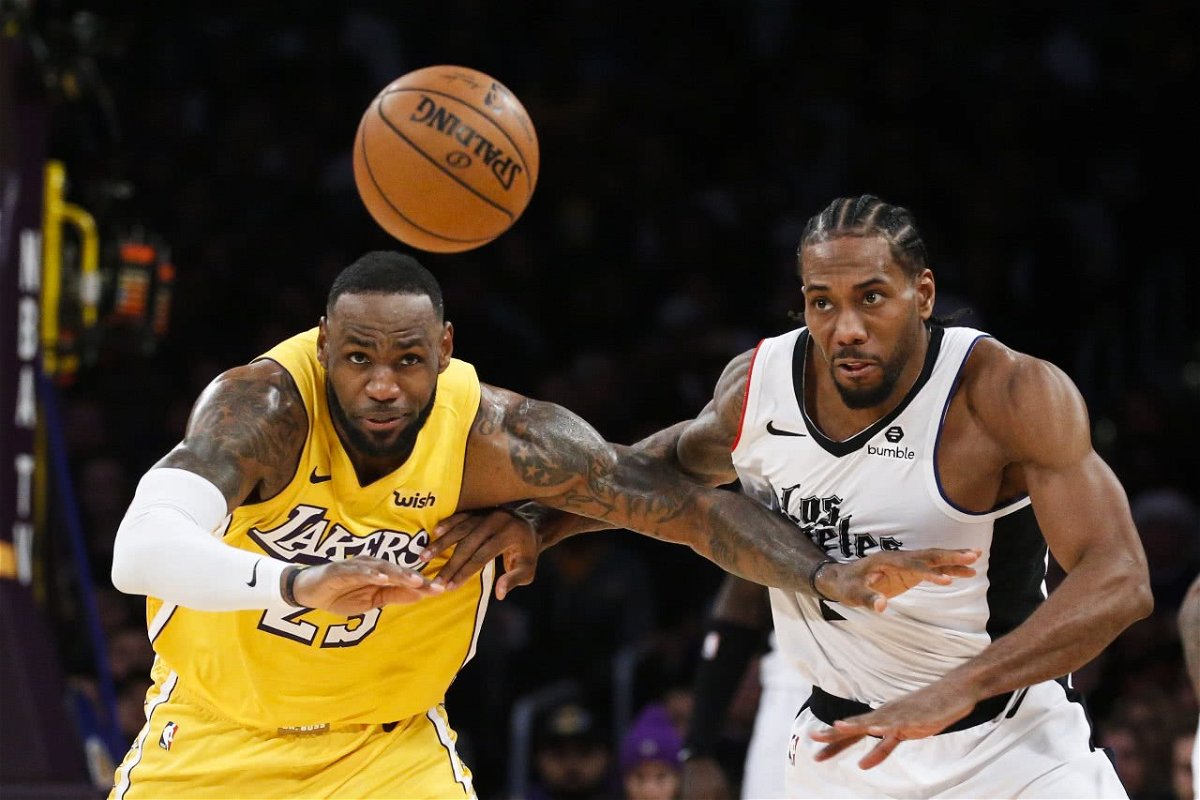