The Los Angeles Lakers were let down by Anthony Davis after he had a quiet night against the Toronto Raptors. He shot 2/7 and just had six rebounds, both very non-characteristic of Davis. But tonight, he was on a mission to erase any memories of that game. As the Lakers faced the Jazz, Davis was poised to be the focal point of his team from the start.

He took seven shots all night against the Raptors, and tonight, he had that many barely through the first quarter. By the third quarter he had 21 shots, three times what he had last night. He had a monster 34 points already and looked at his best.

Anthony Davis scored 23 points in the 1st half tonight, the 20th time this season he scored 20+ in a half.

He’s the first Lakers player with 20 such halves in a season since Kobe Bryant in 2012-13.

2nd half is coming up shortly on ESPN.

Throughout the season, Davis has been the main guy on the offense for the Lakers. LeBron James is the floor general and always looks out for Davis to finish the sequence. James’ unselfishness has brought out the best for Davis, who averaged 26.5 points in the regular season. And at the same time, Davis offers a DPOY caliber defense throughout the game. 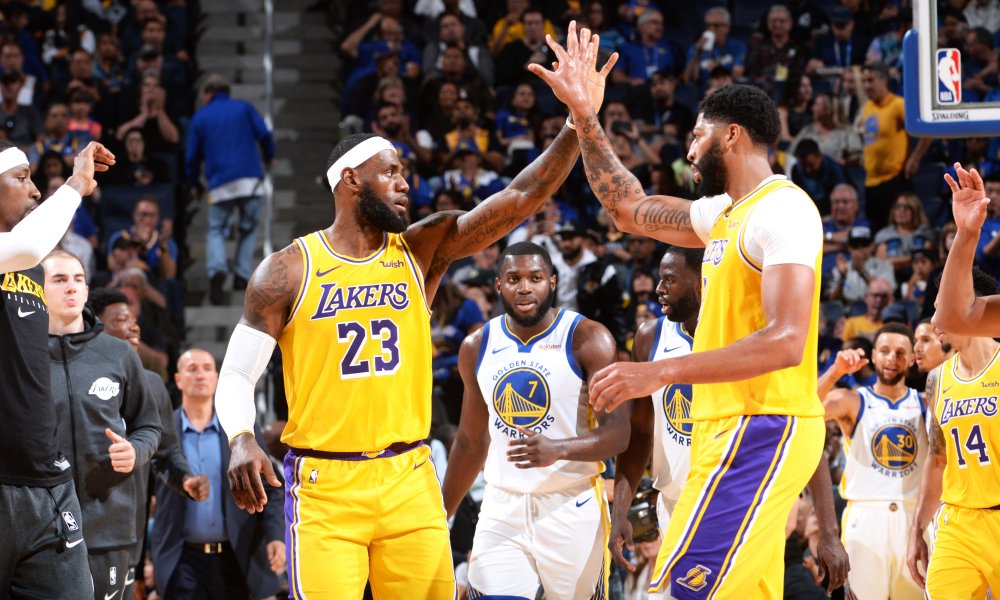 Against the Jazz, he has been unafraid to attack from anywhere on the court. He has already attempted six three-pointers and has made three. Despite facing a two-time DPOY in the paint in Rudy Gobert, Davis has been going at him with no hesitation.

Davis’ ability to read the offense is phenomenal and is on full display. Despite being a big man, he has always excelled at getting steals. He has already got three so far and has been a menace for the Jazz. He has had one block so far and has already racked up nine rebounds, three more than any other Laker.

This just in: Davis doesn’t stop.

The Lakers need him to continue firing if they want to get the win against the Jazz. When he gets going, he doesn’t back down. 11/21 so far, he doesn’t look like he is done. The Jazz have a two-time DPOY on the team, but even he has been unable to contain the brilliance of the Brow.