WATCH: When Rafael Nadal Pulled Off a Near Impossible Return

Miami Heat has surprised everyone this season. They are in year one of the Jimmy Butler experiment and are already in the title race.

Signing Butler, along with the growth in Bam Adebayo and signing of rookies like Tyler Herro and Kendrick Nunn has allowed the Heat to excel this season.

However, there are lingering doubts about them still. People are questioning whether they are a flash-in-the-pan or the real deal. We have seen teams surprise in the regular season before being destroyed in the playoffs.

The Heat won’t be destroyed, but can they make an unlikely run to the championship?

That ball movement’s what coaches DREAM of 🔥 (via @MiamiHEAT) pic.twitter.com/nRE0VRgcxp

NBA legends like Scottie Pippen and Jeff Van Gundy are looking at the Heat like genuine title contenders. Jeff said, “I think Miami can beat anybody in the East in a series if they’re healthy and they’re playing at their best.

“They wouldn’t be the favorite obviously. Toronto, Boston, and obviously Milwaukee are terrific teams, but Miami, their combination of defense unselfishness and depth is going to make them hard to beat no matter who they play.”

Pip doubled down on the Heat by saying that this may be the year for them. “This is the season for them … Based on how teams are constructed in the East, Miami is constructed well enough to be able to compete [with Milwaukee].

“They have guys on that team who have answers for Giannis [Antetokounmpo].”

ALSO READ- “A Loud Thumping Going On”: A Miami Heat Star Created Chaos In His Hotel Shortly After Arriving to the Orlando Bubble

Miami Heat: The surprise in the bubble? 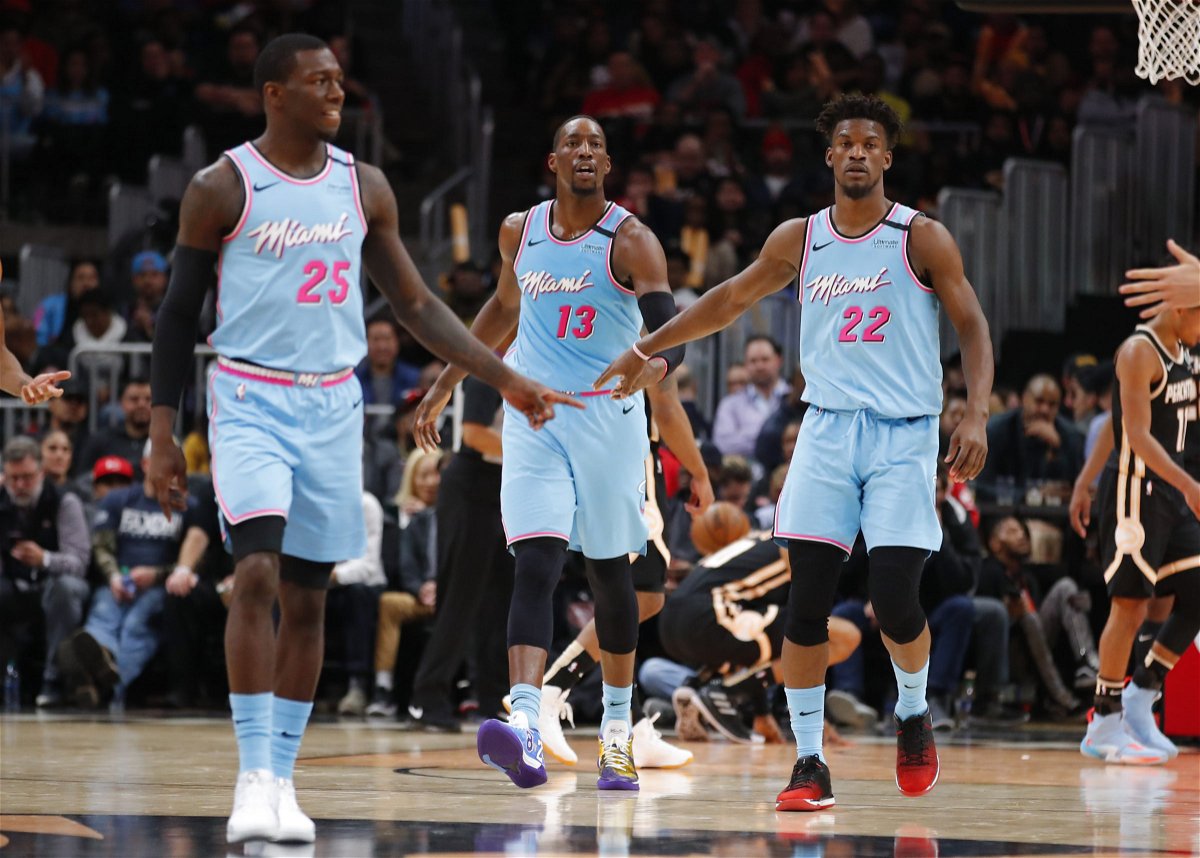 The restarted season offers a unique opportunity to everyone. They can reset from how the season was going and look at the playoffs with fresh eyes.

This allows the possibility for teams to pull major upsets. The Heat getting through the first round won’t be an upset, but getting to the title would be.

The Heat are destined for either the fourth or the fifth seed, with injured Indiana unlikely to finish above 6. This means they have to first beat Philadelphia 76ers before running into Giannis Antetokounmpo and the Bucks in the second round.

This would also mean facing either Boston or Toronto in the Conference Finals before running into the winner of the West in the Finals.

Quite a tall order, but legends like Pippen believe in the team to pull it off.

Having Played With Both, Andre Iguodala Comments on Tyler Herro’s Similarities With Stephen Curry