“That Was a Dream Come True for Me”: Jayson Tatum Recalls His Workout With Kobe Bryant

Ever since ‘The Last Dance’ began releasing its episodes, debates related to era-based GOATs have been making the rounds. While some fans feel Michael Jordan is the real GOAT, the youngsters believe it is Kobe Bryant or LeBron James.

NBA rookie Jayson Tatum, however, has put these talks behind him. He recently revealed what he felt about Kobe Bryant after watching the docuseries.

League rookie reveals what Kobe Bryant was to him 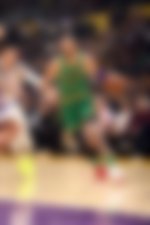 The NBA community knows very well that Jayson Tatum looked up to Kobe Bryant, not only as a player but also as a mentor. They had an amazing relationship. Ever since Bryant tragically passed earlier this year, Tatum has time and again stressed on the fact that ‘Bryant inspired him to play the game’.

In January, when Tatum first talked about Bryant after his death, he said, “It meant the world. Everybody knows how much he meant to me.” Tatum made the statement at Boston Celtics’ morning shootaround inside the AmericanAirlines Arena.

“He was somebody I really looked up to, and really was like my hero, the reason I started playing basketball. To becoming a friend and mentor, somebody who I could talk to and help me out with a bunch of things, on and off the court. It’s been a tough couple of days,” he added. 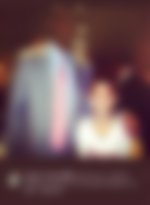 Reiterating the fact, Tatum talked about what Kobe meant to him on the recent episode of the ‘All The Smoke’ podcast, with Stephen Jackson and Matt Barnes.

“Especially watching this Jordan documentary, hearing people like you in age, and old. Like how my dad talked about Jordan, really made me realize that was Kob, that was Kobe for me. Kobe was my Jordan,” Tatum said.

“He was the reason I started playing basketball, you know. Like I had all the jerseys, all the shoes. I wanted to be just like him so, you know, Kobe was Jordan for me.”

Tatum has had his fanboy moments

Tatum listed the times when he met Kobe before joining the league as a kid and during college. He also recalled Kobe text messaged him to let him know he did well in the matchups, and that he should continue to do so.

“He texted me, ‘Keep doing your thing, I’m watching. After this season, hit me up whenever you’re in L.A. We’ll get some work together,” Tatum recalled.

Jayson revealed how excited he got. He also said that he actually took Kobe up on that invitation, only to receive a response from the legend after four days. Tatum highlighted that the two met twice when Kobe showed him around his office, before actually working out together.

“That was a dream come true for me,” the 22-year-old power forward said.

Well Jayson, we expect nothing less than dreams coming true when talking about having spent time with the Mamba himself.