Crazy Money Show: Believe it or Not, Michael Jordan Once Bet $100k on Rock Paper Scissors

The NBA community considers Michael Jordan a legend. We have videos and statistics to prove the Chicago Bulls’ star’s prowess on the court. Off the court? Not so much.

Jordan’s gambling habit is still the talk of the town. Unfortunately, it’s not the good kind. He was part of many gambles that lead us to doubt, for loss of kinder words, his mental state. Heres a rather questionable gambling incident with Jordan that we found.

Why Michael Jordan was a stubborn gambler

His Airness, Michael Jordan, was the most confident athlete back in his day. He challenged anyone who dare threaten his throne and made moves after careful thinking. All of this on the court only. Off the court, the Chicago Bulls’ shooting guard was as ‘Bull’headed as he could be.

In 2015, Jordan’s former teammate Jason Williams spent some time with ‘The Brilliant Idiot’ podcast. He talked about his days playing basketball, the accident which deprived him of the game, and, most amusingly, about gambling with the one and only MJ.

Initially, Williams revealed that a multi-million dollar contract after coming into the league was overwhelming for him, as he grew up poor. Watching all the other players gambling while traveling, William took on the habit too. 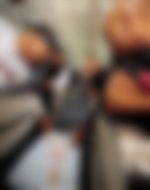 Coming to his teammate, Williams talked about how the other team players would bet with Jordan.He said, “I used to have dudes on our team who were messing around with MJ. And MJ was like, ‘Bet it back, bet this back.'”

Then, the Bulls’ ex-point guard recalled thinking why the others were betting against Jordan. After all, he had a lot of money and would neither lose nor quit.

Williams implied that MJ’s funds had no limits. Everything sounds like it was played smart until he went into the part about…..drumroll please….. rock, paper, scissors.

Yes, you read that right.

According to Jay Williams, Jordan never backed out of the opportunity to gamble on rock, paper, scissors. More importantly, because it wasn’t a regular low-stakes game.

To put the stakes in perspective, players would sometimes bet $20,000 on a single round of the nostalgia inducing game. William said, “Think about gambling to the next degree. Rock, paper, scissors, you bet, $20,000 all day long. Why wouldn’t you? You get bored.”

Further, he explained Jordan’s never-back-off policy made him keep playing the game until he was betting as much as $100000 for

We were just as surprised as the hosts of the podcast seemed when they heard it, and just as much as you probably are now.