The early years of the 90s decade saw the Chicago Bulls dominating the NBA. Michael Jordan had claimed the throne as the king of the league, which was passed on by Larry Bird and Magic Johnson. MJ knew his time had come to convincingly assert his dominance in the league. The best part of it was that he pressed it upon his teammates as well.

Scottie Pippen who was MJ’s closest friend in the team, was also the Bulls’ best player after ‘His Airness.’ Scottie was one of the best offensive players in his time and he was happy to play second fiddle to Jordan. Though he had his fair share of differences with the team management, Scottie and MJ always put on a show when they went out on the court. 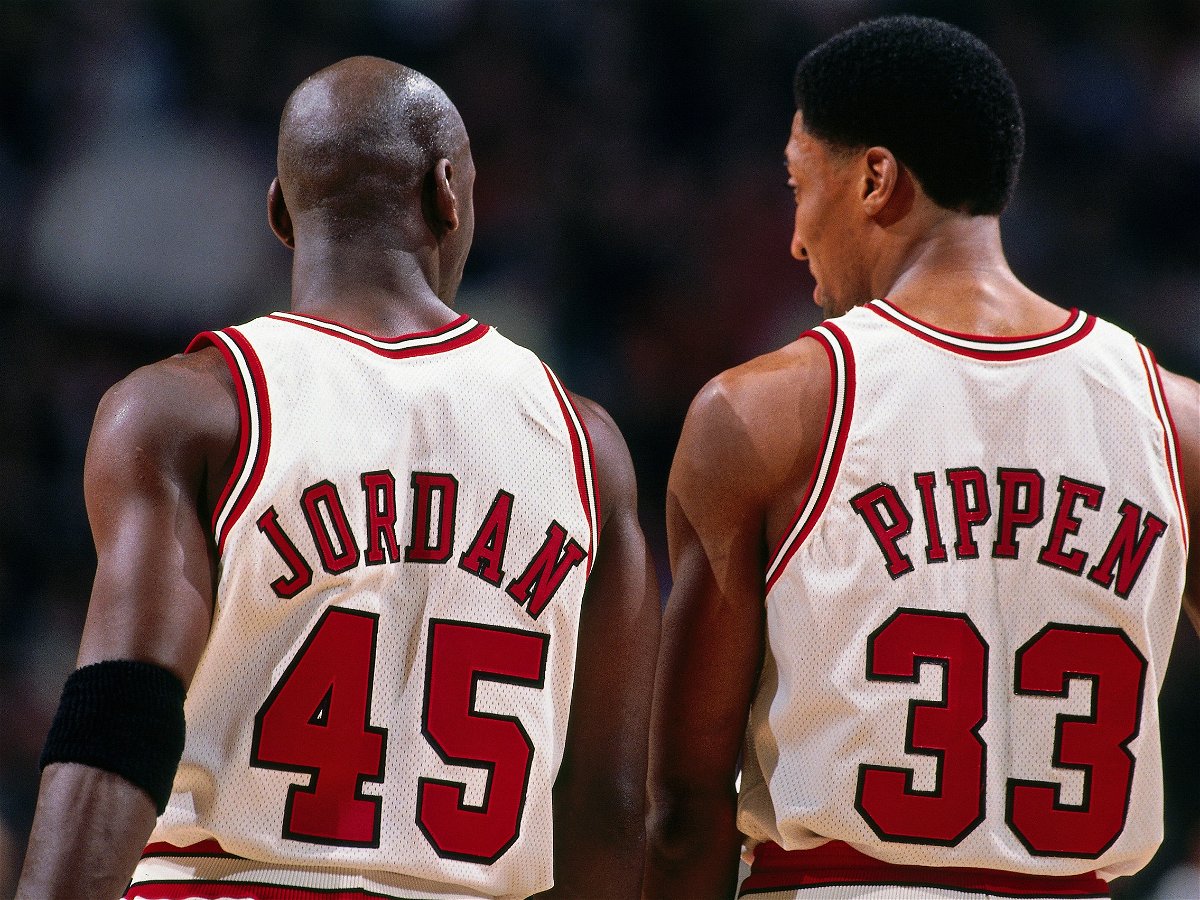 The Bulls’ triplets arrived with their win against the Phoenix Suns in 1993. A disappointed Charles Barkley could do nothing but look on as Michael Jordan lifted his third successive NBA title. On the other hand, even the Bulls players were unaware of the fact that MJ would announce his retirement just a few months down the road.

On October 6th, 1993, Michael Jordan stunned the world and the Chicago Bulls by stating his decision to retire from the NBA. Following the irreversible decision, the management made Scottie Pippen the team’s leader. It was natural that the team inclined towards Scottie to lead the team after Jordan left. He had the capacity to fill into MJ’s shoes.

Six-time champion Scottie Pippen gave an interview to Thuzio in which he had spoken about a lot of interesting things. Pippen even gave his answer on how he felt during the two seasons in which he led the Bulls when MJ had retired.

“It was the most enjoyable time in my NBA career,” Pippen exclaimed. “I enjoyed playing with Michael, don’t get me wrong. But it was an opportunity to really have a team on my own and to be able to see where I would put myself in the league, amongst other superstars. I felt like we had a great season; two seasons.”

Scottie Pippen clearly brought out his feelings on playing without Michael Jordan on the team. But, the Bulls were put to a halt from their rampant title-winning ways without MJ. Scottie and co came out of an impressive regular-season record of 55-27, but fell to the New York Knicks in the playoffs. Scottie Pippen was the Bulls’ top scorer of the season, averaging 22.0 points per game.

The Chicago Bulls undoubtedly found a missing link in the two years they played without Michael Jordan. They could only come as far as the Conference semi-finals in the first year. With a returning MJ in the team for the latter part of the 95’ season, they managed to achieve a similar result. Thus, it was proof that ‘His Airness’ was the heart of the team that won six titles in eight years. Never underestimate the impact of a GOAT.

“If You Guys See Something That You Don’t Like, Report it”: Chicago Bulls Legend Urges Players to Use Snitch Hotline