ESPN’s Michael Jordan centric docuseries ‘The Last Dance’ is currently the talk of the town. After 17 years of retirement, a new set of fans have now started taking note of his career.

The NBA community is aware that fans were as wild about Jordan during his prime days as well. However, according to one of MJ’s former teammates, he didn’t actually pay heed to what was happening outside the court.

When Michael Jordan got famous without wanting to

The community knows NBA legend Michael Jordan as a loud and a mean player who got things done one way or the other on the court. Because of his ruthless approach, he gained a lot of fans as well as ill-wishers.

On a recent episode of ESPN’s ‘Get Up’, his former Dream Team teammate Charles Barkley revealed that being television or social media famous was the least of Jordan’s concerns.

The 57-year-old Barkley played with and against NBA greats like Larry Bird, Kareem Abdul-Jabbar, Magic Johnson, and Jordan himself. However, he felt that MJ filled the fans with excitement better than any of the others.

He said, “I’ve never seen fans react to Michael (and Tiger Woods) like anybody in the world. I’ll go back to episode 1 (The Last Dance), where Ward Williams said, ‘This guy turned it on and he never turned it off’. Then in episode 2, he broke his foot, but he wanted to come back and play.” 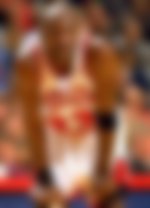 Barkley also talked about Jordan’s desire, which was much bigger than just having a massive fan following.

Barkley then gave a piece of advice to all the young and upcoming NBA players. Something that they should probably keep in their minds throughout their respective careers.

The 10-part docuseries highlights Jordan’s tougher side. However, Barkley is around to remind everyone of the legend’s more human side even though they aren’t on the best of terms.