The NBA community speculates a lot about incoming rookies during drafts. Especially, their capabilities, skill sets, game, dedication levels, etc. Now, one would imagine a rookie LeBron James receiving all the praise, what with his decorated college basketball resume, right? Wrong. Apparently, prince James had to face some bad-mouthers before he became the King.

Cavs players thought LeBron James had not much to contribute 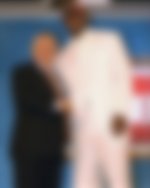 Back in 2003, when the Cleveland Cavaliers drafted the number one draft pick LeBron James. Even though James was a much-celebrated basketball player back in his hometown in Akron, Ohio, the NBA community wasn’t as welcoming.

Even though Sports Illustrated christened James ‘The Chosen One’, his senior teammates, Carlos Boozer and Darius Miles thought he was more like the one who would make things a bit easier for the core team.

Boozer believed the Cavaliers already had several players in the position that LeBron would take, who had much better stats than him. Here are some stats, via SBNATION, that prove otherwise:

LeBron James, aged 18 years, posted 20.9 points, 5.9 assists, 5.5 rebounds, 1.6 steals. On the other hand, his senior Cavs teammates at the time, who played in the same position, were posting stats as follows:

A bolder comment came from the Cavaliers’ power forward at the time, Darius Miles. Miles believed drafting a high schooler like James will not be of any help for the franchise. He also felt the most James could contribute, was jump on the team’s already established band wagon and hope to help it do something big.

“I don’t think you can just bring a high school player in and really just think your team is gonna turn around like that. If he comes, he can just hop on our bandwagon, and hopefully we can do something big.” 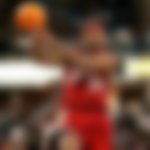 Well, much to these players’ surprise, LeBron James pulled that existing bandwagon off its rails and put his own up. He rose up the ranks and made a name for himself. Further, he helped the Cleveland Cavaliers win an NBA Championship title in 2016, and is now a four-time MVP.

LeBron even posted a throwback post in 2017 addressing those who didn’t believe in him. The video was a part of a news report from 2003, before James was drafted.

So just imagine how hard is to fight off the naysayers, doubters, haters that u never see but u know they talking crazy behind tv screens, computers, phones, tablets. Then imagine fighting off naysayers, doubters, haters that u would think have your back and u see them everyday! Keep the grass cut, so u can see em when they coming. Then u heat they ass up. Cause they cats that u went to play with, will catch you in your new whip and your brains into cool-whip(Kiss said it best)! So basically no matter what u do just keep the blinders on at all times, work hard, push forward and I promise you’ll have the last 😂😂😂😂😂😂😂😂😂😂😂😂😂😂😂😂😂😂😂 #StriveforGreatness🚀 #RWTW🏅

Watch more of the report here: