“He Was an Idol to Me”: Former Teammate Elaborates Why LeBron James is a Solid Teammate

Michael Jordan is invincible. The Jumpman is widely regarded as the best ever to grace the NBA. Nobody can match the two three-peats Jordan and the Bulls achieved in the 90s.

However, everything must come to an end, no matter the significance of it. Jordan had to hang up his boots and pass on the torch to the next promising player.

Jordan attended a basketball camp a year or two after he and the Bulls had achieved their second three-peat. The six-time NBA champion had established himself as the greatest in the league.

Michael Jordan then listed four players in no particular order on who he thought were the talented ones. He mentioned Grant Hill’s name first. He followed it up with Kobe Bryant and Shaquille O’Neal.

“You can go with Duncan,” added Jordan. “Duncan is probably… don’t sleep on Tim Duncan. I would think he’s probably the most fundamental all-around big man,” the Jumpman said.

Tim Duncan unarguably went on to make a name for himself in the NBA. Duncan was selected as the 1st overall pick by the San Antonio Spurs in the 1997 NBA Draft. He won Rookie of the Year to assert his introduction in the league.

Duncan played 19 seasons with the Spurs, winning five championships. He lived to be the player many predicted him to become. Duncan never received the spotlight which Kobe Bryant and LeBron James enjoyed. 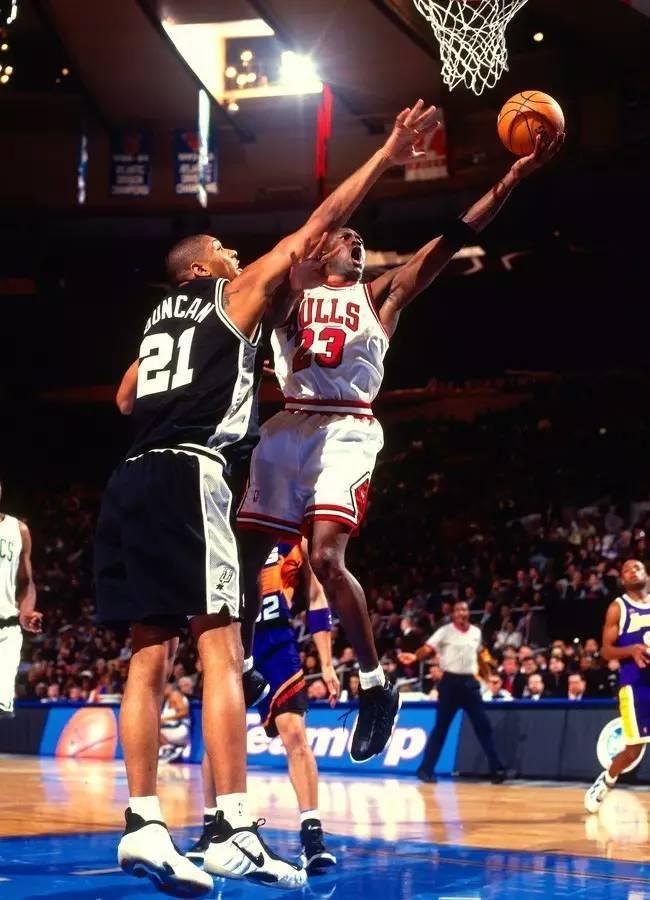 Duncan won the NBA title in his second season with the Spurs. In addition to the fistful of rings, Duncan is a three-time Finals MVP, two-time regular season MVP, 14-time all-defensive team, 14-time all-star.

Therefore, there is no room for contemplation if Duncan is one of the best players in the history of the league. He most certainly is. His nickname ‘The Big Fundamental’ explains itself.

To conclude, Jordan found the right words as advice to the young campers. Duncan really is fundamentally strong who implicitly made himself one of the best.