There are many ways to honor a deceased person. Kobe Bryant, who passed away in a tragic helicopter crash in January, received tons of honorary messages and his fans have even named their kids after him. There are so many people trying to honor Kobe in the best way. But, the very sports academy he co-owned has not been doing a very decent job to honor him.

The “Mamba Sports Academy”, which was the previous name of the facility, was initially started in 2016 by Chad Faulkner. It was only in 2018 when Kobe’s decision to invest in the facility turned it into a joint venture. His involvement played a major part in the academy becoming a huge success in terms of training youngsters the “mamba” way. 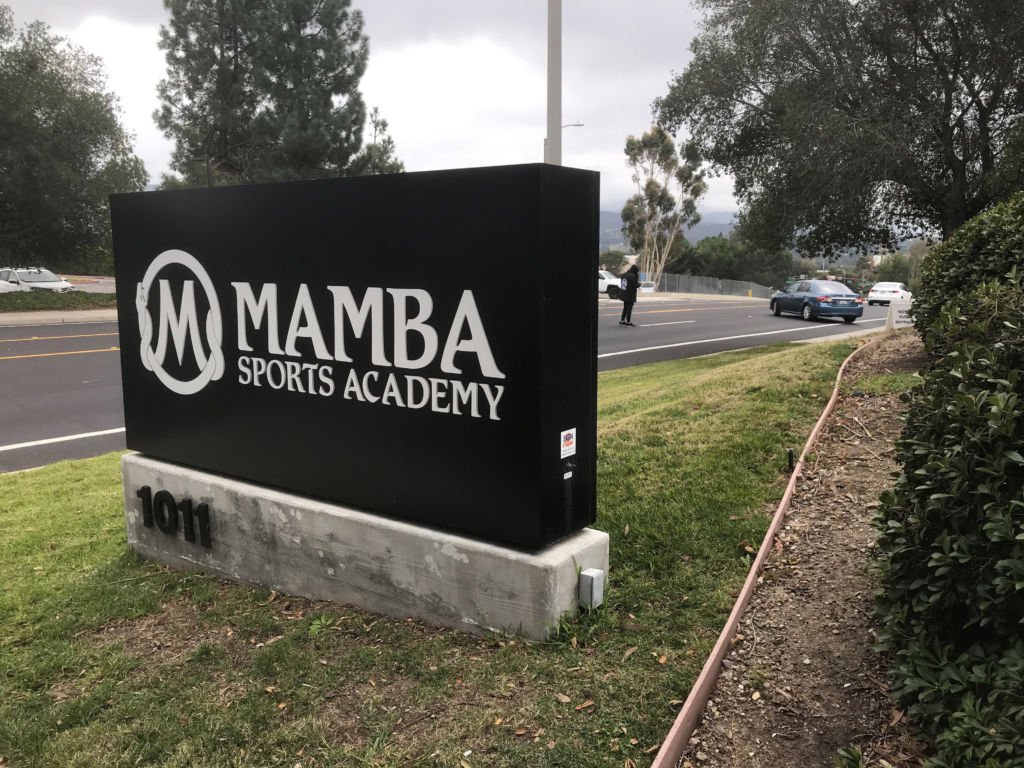 But in recent news, the CEO of the academy, Chad Faulkner has decided to “honor” the late Kobe Bryant by removing the term ‘Mamba’ from the name of the academy. “Our beliefs and thoughts are, Kobe is one of one. ‘Mamba’ is one of one,”  Faulkner told The Undefeated (H/T ESPN). “And with that as we carry on as The Sports Academy, it’s more appropriate to put Kobe in another Hall of Fame, if you will, and to really respect a legacy that is really unrivaled, frankly, and let that live on its own. We will continue to do the work we do.”

NBA legend and future Hall of Famer Dwyane Wade has objected to Faulkner’s decision to remove the word “Mamba” from the name of the academy. Wade, in his recent Instagram story posted his thoughts on the academy’s decision to push out Kobe’s nickname.

“If it’s about respect, then this should always be Mamba Academy,” he wrote. The former NBA champion precisely voiced his thought on the issue, something which every Kobe fan feels. It seems quite disrespectful to change the name now. It would be a proper honor only if they keep the name and decide to never change it. Instead, they are doing the opposite. 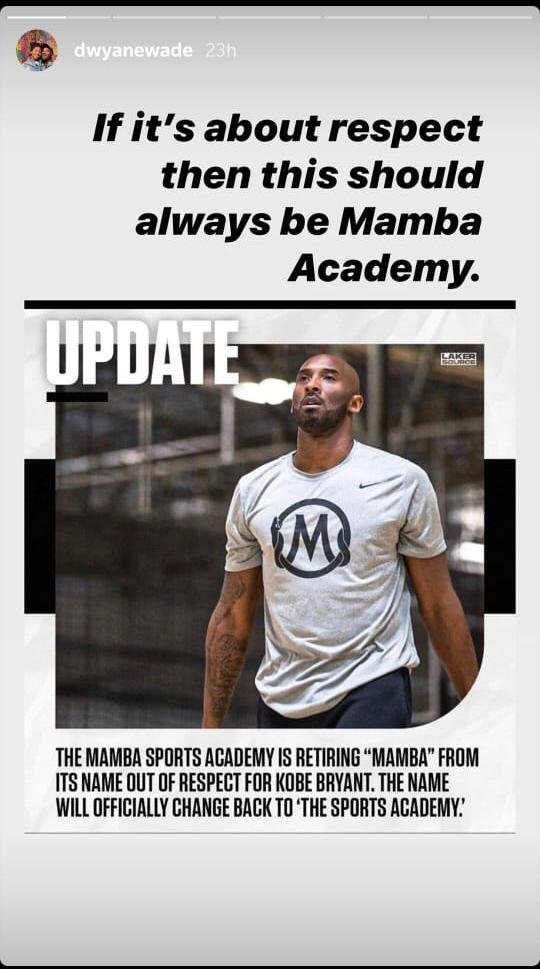 Within months of Kobe’s passing, they commit to removing his nickname from the academy, and honestly, it doesn’t sit well at all. Apart from renaming, the entire academy is undergoing a rebranding process, including their website. At this rate, the shiny mamba logo will also disappear from their hardwood courts too. Not the best idea that the academy has come up with, as it will surely bring down their brand value.