When you talk about the NBA in the 80s, the Los Angeles Lakers stand tall with their mighty achievements. The ‘Showtime’ Lakers, starring the likes of Kareem Abdul-Jabbar and Magic Johnson, won five titles between 1980 and 1990. While the Lakers dominated in their golden era, Michael Jordan laid his hands on the Larry O’Brien Trophy for the first time in 1991, and he never felt like getting his palms off it.

The careers of Kareem Abdul-Jabbar and Michael Jordan were quite extraordinary. Both Hall of Famers accomplished the tremendous feat of winning six NBA titles. Though Abdul-Jabbar had the highest career points and a record six MVP titles, people, even today, overlook him, while comparing Jordan with LeBron or Kobe.

Averaging about 24.6 points per game, Kareem displayed his impressive talents on the court, which boosted the Lakers team to win a collection of titles. His height gave him a massive advantage, but the six-time champion feels he had more to offer than simply leaping up and posting a bucket. In a video posted by a YouTube page called ‘The Universe Galaxy,’ Kareem can be seen comparing himself to a baseball Hall of Famer.

“The appearance of something really takes on the reality on its own that really isn’t justified. I always compare myself in that sense to Roberto Clemente,” Abdul-Jabbar said. The Lakers legend was all praise for the Baseball icon. “He made it look easy, and he did some incredible things out there that people can only think about.”

The interviewer sought Abdul-Jabbar’s reaction when he heard about Michael Jordan being the GOAT. “I react by saying those people probably didn’t see Oscar Robertson play. They didn’t see Jerry West play. Some of the guys that played when the games weren’t televised,” Kareem began.

Speaking about the exclusion of his name from the list, the six-time MVP had a befitting response. “People admire Michael’s extraordinary athletic ability which is so obvious, and for me, they just see someone who’s tall. They don’t think I’m working that hard at it.” 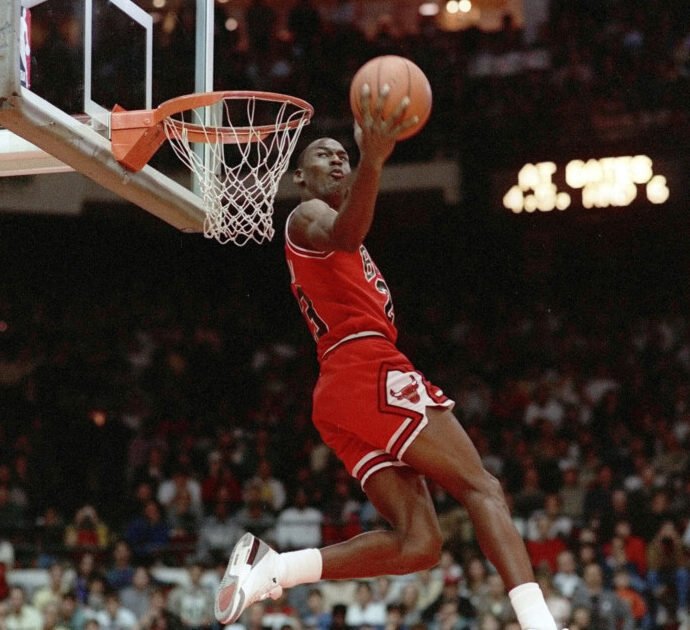 The greatest scorer in NBA history also had to say about the incapacity of players to replicate the success of others. “I couldn’t do what Michael did and Michael couldn’t do what I did. That’s just something people are going to argue about.”

To conclude, the six-time champion does not think Michael Jordan is the greatest ever to grace the NBA. In his opinion, the people before him also made records before the Chicago Bulls legend did. However, both were giants of the game, and their statistics in terms of individual and team accomplishments are right up in the history books.