Quarantine days have got NBA players flocking to social media. In order to keep their fans informed and entertained, players often go live on Facebook or Instagram with fellow NBA stars or reporters. Steph Curry has been chirping on social media lately, and his recent comments have made headlines.

Curry and former teammate JaVale McGee spoke to each other on Instagram Live. McGee was part of the Golden State Warriors team that won back-to-back NBA titles in 2017 and 2018.

The 32-year-old Los Angeles Lakers center asked Curry about his shooting skills. Prior to the start of the season, players get their regular season schedule to get acquainted with their opponents and gamedays. 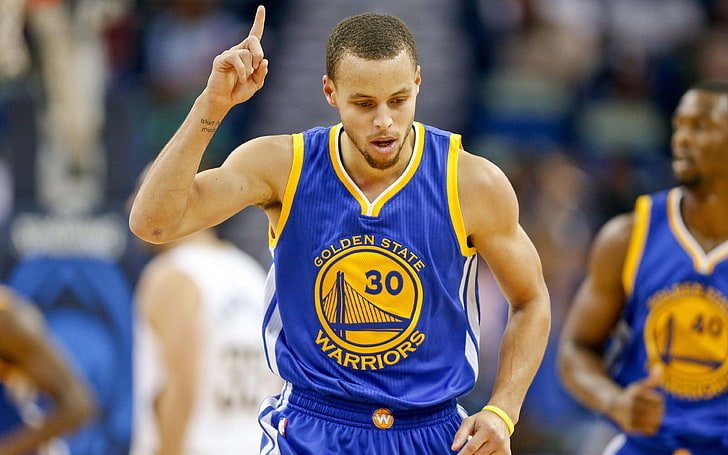 McGee asked, “What team or player on that team that you know is guarding you, do you look at and be like, ‘Oh yeah, I’m getting 60 tonight?”

Curry took a brief moment and replied, “Everybody”.

The answer sent McGee running around his room screaming. He came back and exclaimed, “What is going on? Steph Curry just took shots at every player.”

McGee further added, “I was not expecting that”, to which Curry replied “I gave it just for you. That was just for you.”

Steph’s confident he can drop a 60-piece on anybody 😤

Although Curry has not yet scored 60 points in one game, the three-time champion is confident of racking it up soon. The highest he has scored in an NBA game is 54 points against the New York Knicks in 2013.

When news broke out that Chicago Bulls are hiring a new GM, Dinwiddie jokingly posted on Twitter that he would be willing to join them as their first-ever player/GM.

Dinwiddie posted a series of tweets on what he would do if he was appointed as their General Manager. His tweet went viral and fans couldn’t resist from it on their timelines.

He has now shared Curry’s confident response and captioned it “Ok @StephenCurry30 now ima take a break from watching my own highlights and start film study.”