The Los Angeles Lakers prepare for their first scrimmage that will take place on the upcoming Thursday against the Dallas Mavericks. The Purple and Gold team have two new members whom the fans are waiting to watch: J. R. Smith and Dion Waiters.

While the duo has been in the league for a long time, this will be their first stint with the Lakers. And head coach Frank Vogel recently revealed what they bring to the roster.

What the Los Angeles Lakers newbies have to offer, according to Frank Vogel

An NBA team needs to have talent, dedication and a massive amount of team spirit to succeed. However, it seems the Los Angeles Lakers roster has a couple of things more to offer than your routine franchise. Recently, head coach Frank Vogel talked to the media about the same. 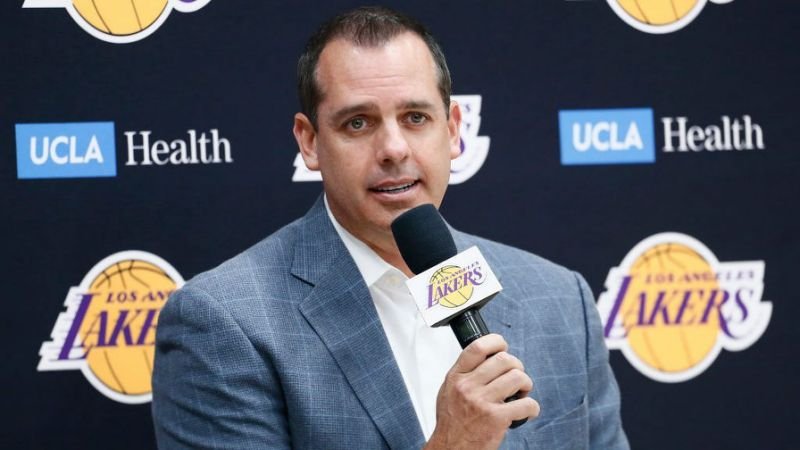 A reporter asked Vogel what he felt J. R. Smith and Dion Waiters, the latest additions to the Lakers roster, bring to the team, “in terms of chemistry.”

“They both bring toughness and swag. You know, and those guys are killers. They go after it with great competitive spirit. And, you know, they have the talent to back it up, and be highly productive on the court. They’ve proven that throughout their careers.”

"Toughness, swag, and competitive spirit." Frank Vogel talks about what he's seen from @TheRealJRSmith & @dionwaiters3 so far and how they've "altered team chemistry in a positive way". More at 7 PM on 'Access SportsNet: #Lakers'. pic.twitter.com/jIQP8kXP8T

Vogel continued that Smith and Waiters needed to come into the tightly knit Lakers with a positive attitude. He felt that was needed to keep the chemistry strong, as it had been the team’s strong point this season. He continued,

“Every time you introduce a new personality into your group it can alter your chemistry, and their goal is to make sure that if it’s altered, it’s altered in a positive way. So far, both of those guys have had that mindset and have done a great job fitting in and contributing with a positive attitude.”

Smith has had a chance to play with the team star LeBron James, and hence may not have a problem adjusting to the Lakers’ rhythm. J. R. and LeBron have also been good friends off the court.

We wait to see how this positive contribution pans out on the court and helps the Los Angeles Lakers perform well.